Dust Collected From Comet Contains a Key Ingredient of Life 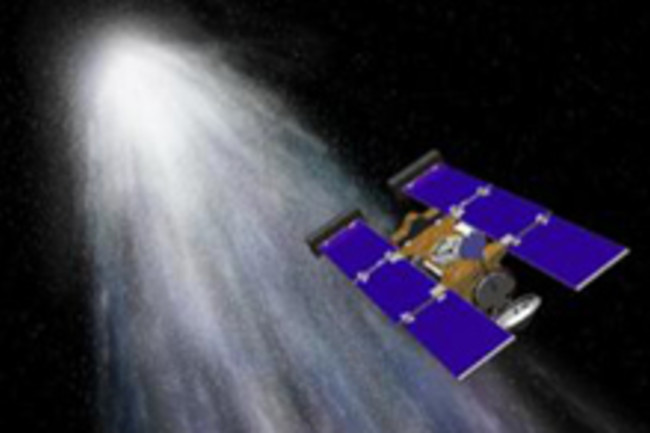 One of the building blocks of life has been found on a comet hurtling through the solar system, adding evidence to the theory that earthly biology began when comets and meteors bombarded our young planet and seeded it with the precursors of life. The amino acid, glycine, was found in a sample returned by the space probe Stardust that buzzed by the comet Wild 2 in 2004.

The probe swept up particles fizzing off the object's surface as it passed some 240km (149 miles) from the comet's core, or nucleus. These tiny grains, just a few thousandths or a millimetre in size, were then returned to Earth in 2006 in a sealed capsule [BBC News].

Amino acids are crucial to life because they form the basis of proteins, the molecules that run cells. The acids form when organic, carbon-containing compounds and water are zapped with a source of energy, such as photons – a process that can take place on Earth or in space [New Scientist].

The findings, which the researchers announced at an American Chemical Society meeting, also suggest that extraterrestrial life may be a common occurrence.

“If you’re seeing amino acids in comets, then that really gives credence to the idea that the basic components of life are going to be widespread throughout the universe,” said planetary biologist Max Bernstein of the NASA Astrobiology Institute, who was not involved in the research. “It’s one thing for me to do it in the lab and say it should be so, but it’s another thing for somebody to actually measure it” [Wired.com].

In 2008, scientists declared that they'd found amino acids in the sample returned from Wild 2, but couldn't say for sure that they weren't a result of earthly contamination. It took more than a year to determine the origin of glycine, the simplest amino acid in the sample.

With only about 100 billionths of a gram of glycine to study, the researchers were able to measure the relative abundance of its carbon isotopes. It contained more carbon-13 than that found in glycine that forms on Earth, proving that Stardust's glycine originated in space [New Scientist].

A formal report will be published in the journal Meteoritics & Planetary Science. Related Content: 80beats: Chemicals That Evolve in the Lab May Simulate Earth’s Earliest Life 80beats: Devastating Meteorite Strikes May Have Created Earth’s First Organic Molecules 80beats: New Results from a 1953 Experiment Offer Hints to the Origin of Life 80beats: The Earth’s Oldest Diamonds May Show Evidence of Earliest LifeImage: NASA/JPL