Does Spaceflight Impair Astronaut's Ability to Fight Cancer and Viruses? 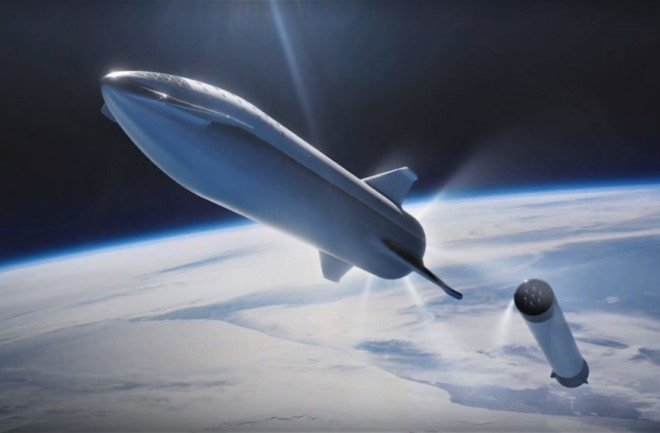 SpaceX's Super Heavy (formerly known as BFR) is part of the company's plan to get astronauts to Mars. One new study has found that prolonged spaceflight seriously affects the cells in astronaut's immune systems. (Credit: SpaceX)

Organizations all around the world are working to send humans to Mars, from NASA and other government agencies to commercial operations like Boeing and SpaceX. But the trip to the Red Planet won’t be a short one — NASA’s round-trip Mars mission, which is planned for the 2030s, could take up to three years of space travel. Humans haven’t spent even close to that amount of consecutive time in space.

Studies have already shown how spaceflight could affect everything from astronaut’s gastrointestinal tracts to their mental health. But a recent study also found that long-term spaceflight, like the journey from Earth to Mars, could seriously affect certain cells in astronaut’s immune systems.

In the study, led by scientists at the University of Arizona, researchers studied how spaceflight lasting for six months or more alters natural killer cells (NK cells), a type of white blood cell that can kill cancer cells and prevent old viruses from reemerging.

These cells are also important for killing off viruses that, while perhaps not acquired in space, could be dormant in your body and able to reemerge. “When you’re in the space station, it’s a very sterile environment – you’re not likely to pick up the flu or a rhinovirus or some community-type infection – but the infections that are a problem are the viruses that are already in your body,” Simpson added. “These are mostly viruses that cause things like shingles, mononucleosis or cold sores; they stay in your body for the rest of your life, and they do reactivate when you’re stressed.”

To study the effects of spaceflight on NK cells, the team compared blood samples from eight astronauts who completed missions aboard the International Space Station with healthy adults who did not travel to space. Blood samples were taken before the astronauts launched, a number of times throughout their time aboard the space station, and again once they were back on Earth.

In comparing the blood samples, the team found that NK cell function was impaired in the astronauts compared to both the samples from those who stayed on Earth, as well as their pre-flight samples. Just 90 days into their flight, the astronauts’ NK cells were 50 percent less capable of fighting against leukemia cells in the team’s experiments.

“When we look at the function of the astronaut samples during flight compared to their own samples before they flew, it goes down,” Simpson said. “When we compare them to controls who stayed on Earth, it still goes down. I don’t think there’s any doubt that NK-cell function is decreasing in the spaceflight environment when analyzed in a cell culture system.” The team also found that NK cell function dropped more in astronauts who had not flown before.

It is still too early to say definitively if this drop in NK cell function makes astronauts more susceptible to cancer or the reemergence of viruses. “The next question would be, how do we mitigate these effects? How do we prevent the immune system from declining during space travel?” he said. “In order to do that, you have to first figure out what’s causing the decline: Is it stress? Is it microgravity? Is it radiation? Is it a plethora of things? When we figure that out, we can try to find ways to directly target those factors and mitigate them,” Simpson said.

Their research was published in the Journal of Applied Physiology.