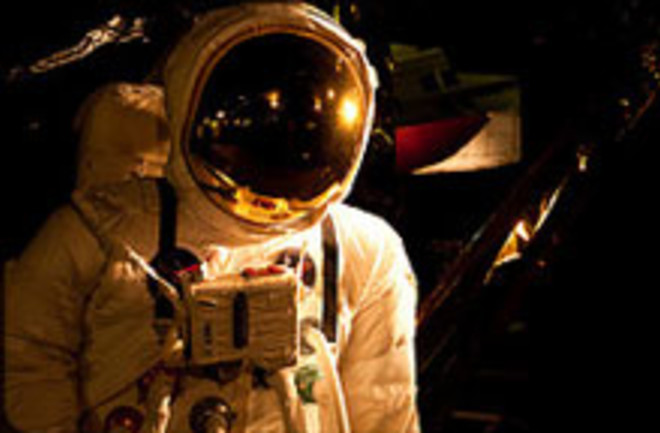 Former U.S. Pres. Richard Nixon may or may not have been a crook, but one thing's for sure: He had a backup plan in case the astronauts of the first manned mission to the moon never returned to Earth. Nixon had a speech and a plan of action prepared in the event of a spacebound disaster, according to The Smoking Gun:

After making condolence calls to the "widows-to-be," Nixon would have said, "Fate has ordained that the men who went to the moon to explore in peace will stay on the moon to rest in peace." We've also included a second memo--prepared by NASA for the president and vice president--suggesting statements in the event of Apollo "crew fatalities." The presidential lamentation ended by noting that the dead men "have followed a star, in night of space, and we for whom they went will not forget."

He even had a statement to the families of the space explorers of Apollo XI, complete with blanks to fill in with the astronauts' names. Luckily, as we're all aware, the mission went smoothly. But this just-in-case plan (you can read the actual memo here) gives us the creepy feeling of reading the obituary of someone who is still alive. Addendum: This memo was first published on The Smoking Gun in August of 2005. Related Content: Discoblog: Warning, Astronauts: You Might Return from Space Bloated and Bald Discoblog: Where No Film Has Gone Before: <em>Star Trek</em> Screened in Space Discoblog: Cooking in Space: Slow, Mediocre, and Dangerous