DNA Is Not Destiny: The New Science of Epigenetics

Discoveries in epigenetics are rewriting the rules of disease, heredity, and identity. 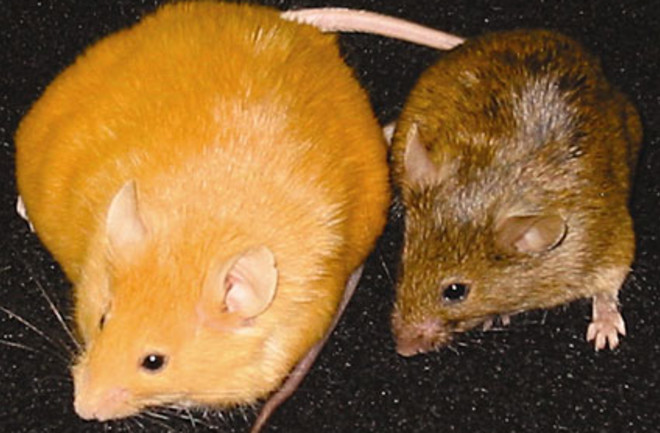 With no more than a change in diet, laboratory agouti mice (left) were prompted to give birth to young (right) that differed markedly in appearance and disease susceptibility.

"It changes the way we think about information transfer across generations," Whitelaw says. "The mind-set at the moment is that the information we inherit from our parents is in the form of DNA. Our experiment demonstrates that it's more than just DNA you inherit. In a sense that's obvious, because what we inherit from our parents are chromosomes, and chromosomes are only 50 percent DNA. The other 50 percent is made up of protein molecules, and these proteins carry the epigenetic marks and information."