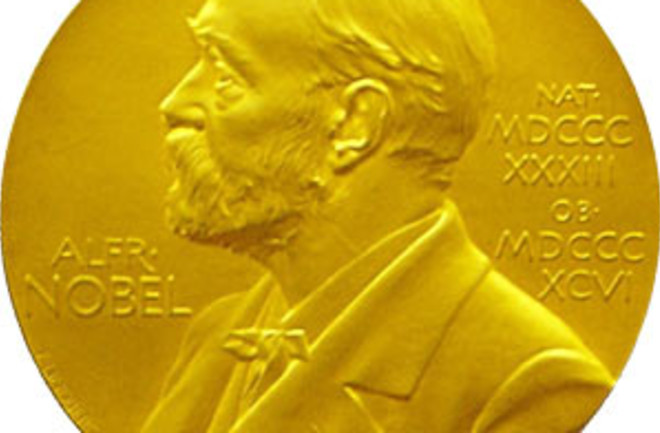 I am very pleased to write that the Nobel Prize for physics this year has been awarded to three astronomers for their discovery of dark energy -- a still-mysterious phenomenon that is causing the expansion of the Universe to accelerate. Saul Perlmutter, Brian Schmidt, and Adam Riess are sharing the award. Back in 1998, Saul and Brian headed up two rival teams trying to observe very distant exploding stars, hoping they would yield better numbers for how fast the Universe expanded. Adam was on Brian's team, and led the work on finding a way to try to understand the behavior of the supernovae. To everyone's surprise, the data indicated the Universe was not just expanding, but expanding faster every day -- it was accelerating. Something must be pushing on the very fabric of space itself, causing it to expand ever-faster. We don't now what it is, exactly, but we call it dark energy, and over the past 12 years, more and more observations have piled up showing that this stuff really is out there. If you want background info on all this, see the Related Posts section below; there are plenty of links to articles I've written on this topic. The folks at Hubble also created a video describing dark energy and what it means for the Universe. This is very exciting for lots of reasons. First, of course, it's nice to see an astronomical topic win what is considered the top prize in science. Second, because I predicted it would years ago (not that this was all that difficult to see coming!). And third, for personal reasons, because I know all three of these men. I worked with Brian and Adam back in the day; the project Brian headed up to observe distant supernovae was part of a project using Hubble to observe supernovae in general, and I worked on a different aspect of it. Adam and I were both grad students at the time; after I got my PhD I went to work on a different Hubble project, and Adam stayed with the team, cracked the supernova code, and now has a Nobel Prize. I suspect that was the right move for him. Saul, too, is an acquaintance; I first met him at a talk he gave in 1999, and he was also on a panel I moderated for Discover Magazine in California a couple of years ago. All three of these men have worked for a long, long time on this problem, essentially devoting their lives to it. It's very, very nice to see that pay off. It's richly deserved!