I've watched television shows via my computer since 2004, so I'm not too plugged in to the changes in channel line-ups. But some of the trends on this chart showing the political orientation of television viewers surprised me. In particular, that the History Channel, Discovery and TLC all lean Right in their viewers. But then again television viewing has a somewhat older skew I assume, and older people are more conservative today. Thoughts? It makes more sense now that TLC has Sarah Palin's new show if they knew their viewer demographics well. CNBC's slight Leftward tilt is surprising to me as well, but remember that a fair amount of the cultural Left is rather affluent (Barack Obama and Bill Bradley were both notable for initially fueling their insurgent campaigns thanks to big donations from investment bankers, Obama successfuly). 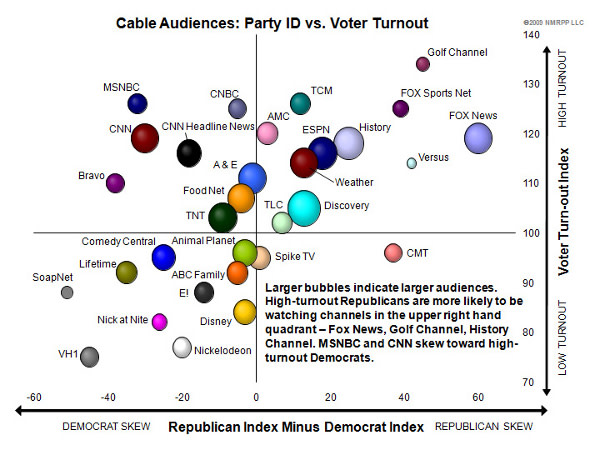