Digging Up Gravity at Japan's KAGRA 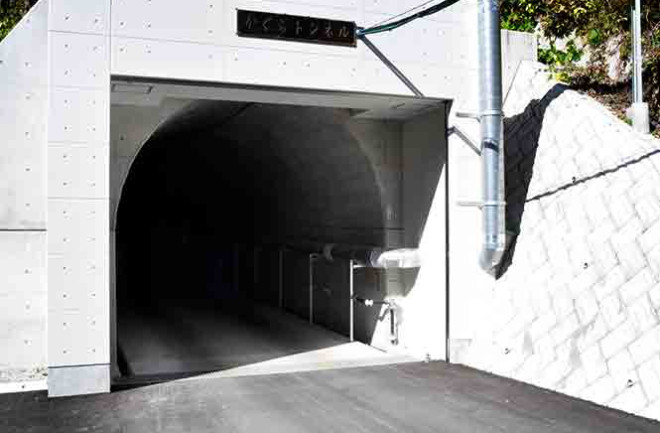 A new window to the cosmos is open, now that the Laser Interferometer Gravitational-Wave Observatory (LIGO) Scientific Collaboration has detected Einstein’s long-predicted gravitational waves. LIGO’s detectors, based in Washington state and Louisiana, will soon be joined by another instrument trying to net these elusive ripples in space-time. Experts hope to start test operations this year at Japan’s Kamioka Gravitational Wave Detector (KAGRA); observational data is expected by March 2018.

Unlike LIGO’s ground-level observatories, KAGRA is underground to protect it from surface seismic activity. A tunnel heads straight into the flank of central Japan’s Mount Ikenoyama, the site of the former Kamioka zinc mine and home to the Super-Kamiokande neutrino observatory.

Principally operated by the University of Tokyo’s Institute for Cosmic Ray Research, KAGRA consists of an array of mirrors and laser beams set up in an L-shaped tunnel network with two arms just under 2 miles (3 kilometers) long. Gravitational waves can cause minute distortions in lasers as they travel back and forth along the vacuum pipes. The interferometer detects these distortions.

This dim horizontal shaft continues for about one-third mile, or 1,640 feet (500 meters), before leading to the computer server room. Beyond that is a larger chamber where other tunnels converge — KAGRA’s heart.

The central chamber houses the beam splitter, which divides an incoming laser into two perpendicular beams. After traveling down the arms and reflecting back up via mirrors, the beams are recombined. Any passing gravitational wave will alter the pattern, which the interferometer will pick up.

The mirrors here are silica, with a film that keeps particles from clinging to the surface. But once test operations are done and KAGRA is up and running, the mirrors will be made of sapphire and cooled to minus 424 degrees Fahrenheit, to prevent heat from distorting the lasers. They’ll help researchers hunt for gravitational wave signals below 100 Hz, the frequency where traces of black hole mergers can be found. KAGRA’s designers chose sapphire mirrors because they can withstand the necessary extreme cooling.

Just under 40 feet (12 meters) long and about 31.5 inches (80 centimeters) in diameter each, the 250 segments of one of KAGRA’s arms extend into the distance in this westward tunnel. Digging the shafts, located over 650 feet (200 meters) below ground, took 20 months.

[This article originally appeared in print as "Digging up Gravity."]