Sink your teeth into this timeline. 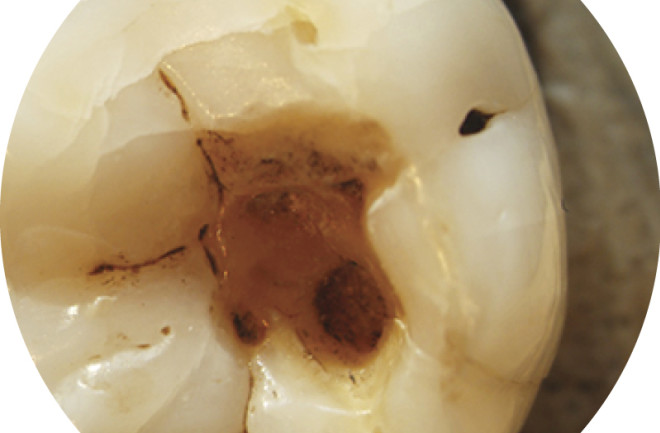 A trip to the dentist can be a real pain, even if you’re not among the roughly 1 in 10 people with high anxiety about dental treatments. But a whirring electric drill in your mouth may not seem so bad once you read about these ancient approaches to dentistry.

The first known attempt at dental work, as evidenced in a skeleton unearthed in Italy in 1988 with a molar that had been chipped at with a stone tool.

(Credit: The National Museum of Dentistry after original owned by the German Dental Association)

The first documented reference, in a Sumerian text, of a myth popular throughout the ancient world that a worm living in your gums caused dental pain and cavities.

Wooden panels found in ancient Egyptian physician Hesy-Re’s tomb describe him as “Chief of Dentists and Physicians,” the earliest recorded mention of a dentist.

Edwin Truman introduces a natural latex called gutta-percha, made from trees found in Southeast Asia, for use in root canal fillings. Previously, dentists had used anything from silver to lead to asbestos.

Future | Print a new one:

3-D printers and digital scanning technology are close to offering easy ways to make and reproduce custom dental products like crowns and veneers.