Deepest Space: Hubble Spots the Most Distant Galaxy Ever Seen 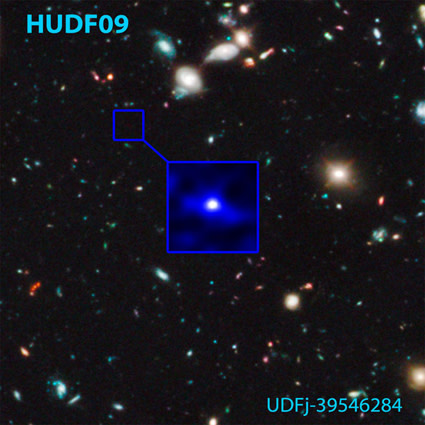 Its' time for another mind-blowing, record-breaking discovery by the Hubble Space Telescope. This time, it's creeping closer than ever toward the beginning of the universe. From Phil Plait:

For plenty more about this, check out the rest of Phil's post at Bad Astronomy

. Related Content: Bad Astronomy: How Deep Is the Universe?

Bad Astronomy: Galaxy Cluster at the Edge of the Universe