A computer simulation predicts that ravens should have evolved a behavior called "gang foraging," which is then observed in real ravens. 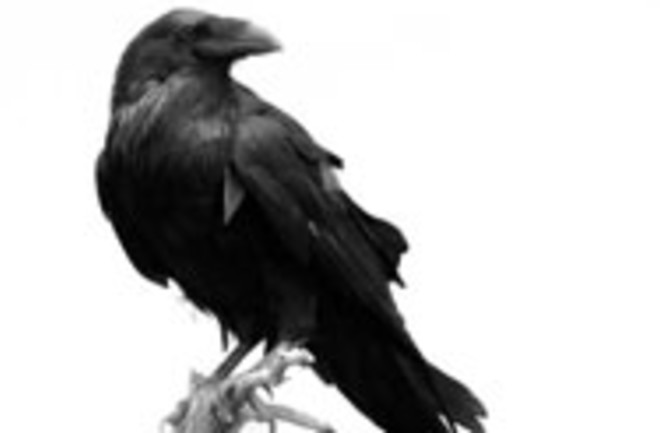 Game theory, the branch of mathematics best known for exploring economics, has for the first time successfully predicted animal behavior in nature. It forecast a foraging strategy for ravens that was later observed in the wild.

Game theory analyzes how people (or animals) act in situations where an individual’s success depends on both his own decisions and those of others. In 2002 Sasha Dall, a mathematical ecologist at the University of Exeter in England, used a game theory model to explain why young ravens scout for carrion alone but then recruit other birds to join the feast. This apparently altruistic behavior is evolutionarily sensible, he found, because it helps the scout fight off territorial adults and secure dominance over recruits.

Dall’s model predicted another successful strategy, one that had never been observed in ravens: gang foraging, in which a large group of birds scavenge together. Within a year, behavioral ecologist Jonathan Wright of the Norwegian University of Science and Technology discovered this very behavior in the field. He tracked ravens in North Wales by implanting carcasses with different-colored beads that the birds ingested and later coughed up. Analysis of the beads indicated that ravens in some roosts were searching, eating, and benefiting together, just as Dall anticipated. Wright and Dall merged their mathematical and field-based work in a paper published in February.

Charles Darwin noticed that animal teamwork could make evolutionary sense for groups, but Wright’s research shows that joint efforts can pay off even in situations that emphasize the role of individual success. “Ravens are smart and selfish,” Wright says, “but there’s a lot more stability to cooperation.”