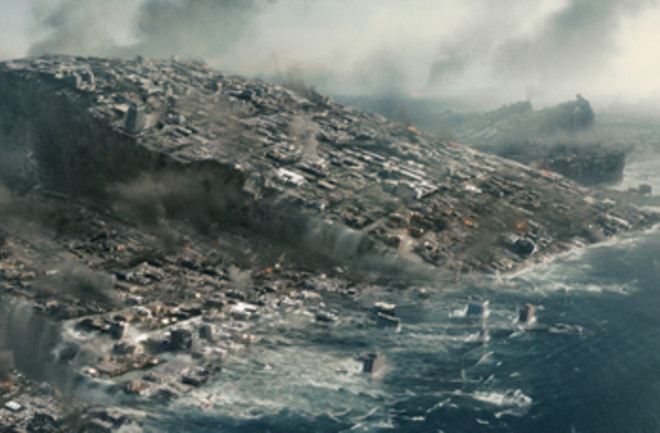 Mix one part science fiction, one part misunderstood Mayan history, one part Hollywood movie hype, and quite a bit of public credulity, and what do you get? A new wave of doomsday hysteria that is causing scientists to step forward to reassure the public that the world is not, actually, going to end on December 21, 2012. The rumors flying around the Internet offer a number of ways in which the world may end, including a planetary collision and changes to the Earth's rotation or magnetic field, but they all agree on that date of doom. You can bet that the viral marketing campaign promoting the upcoming planetary disaster movie 2012 has a little something to do with the recent uptick in paranoia.

"Two years ago, I got a question a week about it," said NASA scientist David Morrison, who hosts a website called Ask an Astrobiologist. "Now I'm getting a dozen a day. Two teenagers said they didn't want to see the end of the world so they were thinking of ending their lives" [Los Angeles Times].

In response, Morrison put together a list [pdf] of 10 frequently asked questions about the potential for apocalypse, and refuted them one by one. The clamor has grown so loud that Morrison coined a new word to describe the phenomenon: "cosmophobia," a fear of the cosmos. The frenzy has its origins in a handful of fictional, mythological, and downright confused ideas. To take the fiction first: a writer named Zecharia Sitchin has spent his career promoting the idea that a rogue planet named Nibiru is on an extremely elliptical orbit around the sun, and in 2012 it will return to crash into the Earth--or maybe just to tragically disrupt its rotation or orbit. Devotees of the Nibiru notion suggest that NASA and the world's governments probably know about this, they just aren't telling us. But scientists wearily note that if

there was a Nibiru heading our way, one of the 100,000 amateur astronomers on Earth would have spotted it long ago. "You have to be pretty dumb not to realize that Nibiru is a no-show," Morrison says [Washington Post].

The mythological component comes from a misunderstanding of the Mayan culture, a pre-Columbian civilization that had a number of sophisticated calendars. One calendar, which is referred to as the "long count," measures out a cycle of 394 years; the current cycle comes to an end on December 21, 2012, and some books and Web sites have suggested that the Mayans foresaw the end of the world on that day. Anthropologist Rosemary Joyce explains that

the Maya never predicted anything. The 2012 date is approximately when the ancient calendar would roll over, like the odometer on a car; it did not mean the end -- merely the start of a new cycle [Los Angeles Times].

As Morrison writes in his list: "I note that my desk calendar ends much sooner, on December 31 2009, but I do not interpret this as a prediction of Armageddon. It is just the beginning of a new year." The movie 2012 builds on all these ideas to create what looks like, from the preview, an excellent bit of disaster entertainment. But some scientists are worried that the movie's viral marketing campaign will mislead the gullible.

Sony has set up a fake Web site for something called the Institute for Human Continuity which uses scientific-sounding language to detail the upcoming shredding, torching and obliterating of the world from so many directions it makes your head spin ("large amounts of solar radiation will bombard the Earth and heat up the molten, semi-liquid layers beneath the lithosphere, thus allowing the crust to shift more easily") [Washington Post].

The site lets people vote for the leader of the post-2012 world, and suggests that they sign up for a lottery that will determine who is saved when the crisis comes. Among the other ideas being circulated for what will happen that fateful day: the direction of the Earth's rotation will suddenly reverse, the planet's magnetic field will fall away, or maybe the Earth will align with the sun or some other planets in such a way as to, um, destroy us all. But as astronomer Neil deGrasse Tyson notes in a short video clip refuting such ideas, "It's just Hollywood." Related Content: Bad Astronomy: Disastrous Commercial 80beats: Physics Experiment Won’t Destroy Earth 80beats: Comets Not So Likely to Smash Into Earth and Kill Us All 80beats: Space Explorers Plead With UN to Prepare for Killer AsteroidsImage: Sony Pictures