Curiosity Finds Mars Clay That Points Toward Watery Past

Next step: Figure out if there was ever microbial life on Mars. 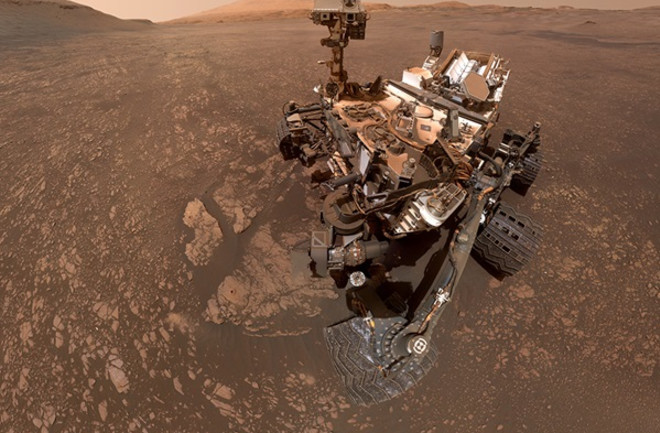 Curiosity snapped this selfie May 12, 2019; to the left of the rover are its two recent two drill sites, "Aberlady” and “Kilmarie.” (Credit: NASA/JPL-Caltech/MSSS)

Finding the conditions to support life on Mars is the main goal for NASA’s Curiosity rover, and a new discovery of clay could be leading the rover on the right path.

After drilling in an area on Mars dubbed the “clay-bearing unit,” Curiosity turned up two new samples that have the highest amounts of clay minerals ever found on the Red Planet. The rover began drilling the two rock targets, called “Aberlady” and “Kilmarie,” in early April, and then used its mineralogy instrument to analyze the rock samples.

Because clay often forms when there’s water present and water is a condition for life, this is a sign that could further scientists’ search to figure out if there was ever microbial life on Mars. Although these findings aren’t proof there was ever life on Mars, according to a press release, it’s likely that these samples came from ancient Martian lakes, which may have offered an ideal home for life.

The find occurred near the lower side of Mount Sharp, and adds to other results from Curiosity that show there was once a significant amount of water in Gale Crater, where the rover landed in 2012. Future drilling will continue in the clay-bearing area as scientists work on finding out what makes this ridge and area of Mars different, along with working on unlocking more clues to piece together the history of Mars.