Could a Sand Storm on DUNE Flay Your Flesh? 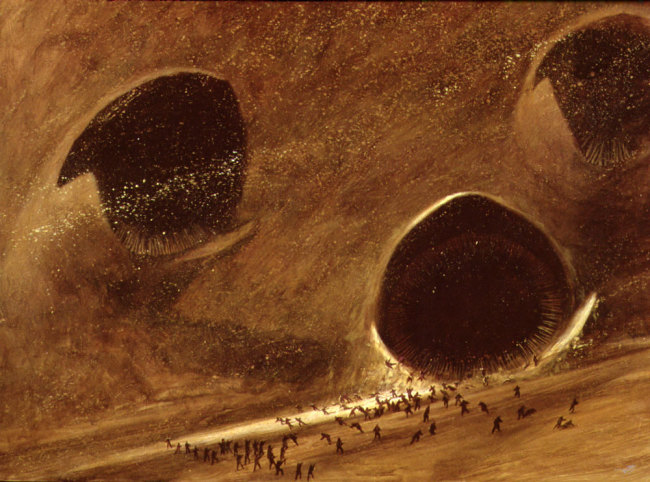 Science fiction’s epic opus—Frank Herbert’s 1965 novel DUNE—tells a story of politics, betrayal, and sandworms on a vast desert planet called Arrakis. So arid and unforgiving is Arrakis, the natives there value water above all else. The Fremen, as they are called, have even evolved hyper-coagulating blood to preserve fluids in the event of injury. And injury is likely. With corporate assassins and sandworms the size of highways constantly hunting travelers, there isn’t a moment of respite on Arrakis. Even the weather is against you. It is said the sandstorms there are strong enough to remove flesh from bone. But in an otherwise fantastically realized universe, could a sandstorm really be so deadly?

Early on in the novel, the dangers of Arrakis are laid bare:

…Storms build up across six or seven thousand kilometers of flatlands, feed on anything that can give them a push—coriolis force, other storms, anything that has an ounce of energy in it. They can blow up to eight hundred kilometers an hour, loaded with everything loose in their way—sand, dust, everything. They can eat flesh off bones and etch bones to slivers.

So, Arrakis has enormous storms flinging sand around at Mach 0.6. At these speeds, sand is nothing to mess with. Even without a planet-wide storm to propel it, sand at speed hurts. If you’ve ever been to the beach on a blustery day, you’ve felt the sting of loose sand on your legs and ankles. Colloquially called “sandburn,” being pelted with sand—whether from a storm or a helicopter landing in the desert

—can irritate the skin and cause redness or soreness. But in my search I could not find any reports of skin being removed by a natural wind or storm. In fact, with sandstorm speeds on Earth rarely breaking 100 miles per hour, a thick shirt would be enough protection. Sand needs to go faster to do real harm. It needs to be blasted. 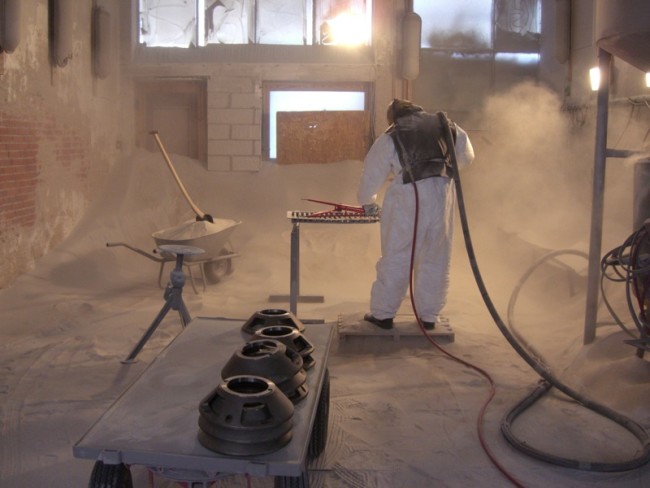 Sand blasting is a technique that uses abrasive materials such as steel shot, glass beads, or silica sand (banned in a few countries for its tendency to cause a debilitating lung disease

) to smooth, roughen, or otherwise shape a surface. The material used is accelerated through a hose nozzle with high-pressure air in order to do the shaping. According to research

, particles may be going faster than 1,000 miles per hour as they exit a sand blaster. That’s almost two-and-a-half times faster than the sandstorms on the desert planet from DUNE, twice the speed of sound, and more than enough to strip flesh from bone. Indeed, injury reports

note that some sand blasting accidents have resulted in “deep abrasions where skin and flesh had been sandblasted away and become deeply embedded with sand particles.” On contractor forums, you can see the result of accidentally blasting skin with sand

(slightly graphic). At these speeds, typical sand blasters are deadly sandstorms. An 800-kph sandstorm of DUNE would undoubtedly sting, but it is doubtful that it would eventually reveal your polished skeleton. If sand blasters are the standard, DUNE storms are less than half their typical speed. However, because none of the injury reports indicated the specific speed of the sand blasters, we still don't know what the threshold for skin removal is (Ig Nobel prize anyone?). These caveats beg the question: Is there a planet with storms that could strip skin for certain? A true flesh-stripping storm isn’t that far fetched, even within our own solar system. If it takes sand blaster-speed to do real damage, the desert planet Arrakis could be more like Neptune, where supersonic winds

push great storms at speeds greater than a typical sand blaster. An atmosphere with such turbulence could create a flesh-flaying sandstorm that might even span a whole planet

like the dust storms of Mars, and certainly fits within the imagined vistas of Herbert's novel. Based on what some unfortunate sand blasting contractors have experienced, and what one of science fiction’s greatest novels envisions, it’s feasible that a giant desert planet such as DUNE could have a storm that first eats your flesh and then erodes your bones (even if not at the specific speed mentioned in the book). Better bring a stillsuit. -- Image Credits: Illustrations of DUNE from the Omni archives