Coming Out at Work May Impact Productivity

A recent study on queer scientists adds to the mounting evidence that supportive workplaces help LGBT employees (and their colleagues) thrive. 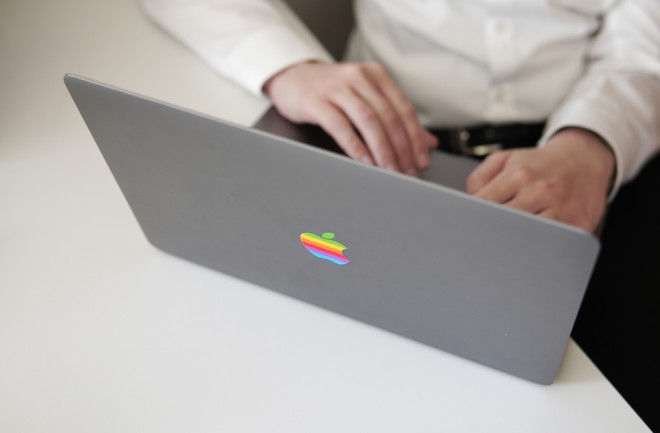 Over the past few years, a growing field of research has demonstrated that fostering an LGBT-friendly environment via supportive policies can help businesses recruit and retain employees, and may even boost profits.

But welcoming workplaces still are not the universal norm, given that in a 2018 report by the Human Rights Campaign Foundation nearly half of LGBT respondents reported being closeted at work. People who chose not to disclose their identities commonly said they fear being stereotyped and harming their relationships with coworkers. While federal protections arrived in 2020 to prohibit workplace discrimination based on sexual orientation and gender, hostile workplaces will likely remain an issue for many queer individuals and impact their job performance and overall wellbeing.

A new study has examined the relationship between disclosure and productivity outside of the cubicle and in the lab, where scientists are often assessed not by earnings reports but by their volume of published peer-reviewed papers. This metric matters when being considered for promotions, tenure and new positions.

Survey data indicated that among queer scientists, those who disclosed their sexual orientation tended to produce more peer-reviewed papers than those who did not, as reported in PLOS ONE. This finding could indicate there is a cost in productivity, along with many other likely consequences, associated with concealing one’s sexuality at work.

“As a research team, we’re not trying to say we have all the answers,” says co-author Allison Mattheis, an educational researcher at California State University, Los Angeles. “We’re saying, ‘Here are some trends that we noticed that indicate we should pay more attention to what’s going on.’ ”

Coming Out in the Lab

Mattheis and her team conducted online surveys in 2013 and 2016 that asked scientists about their current position, gender identity, the degree to which they are out as queer at work (zero-to-five scale), and the number of peer-reviewed papers they had published. All in all, the data encompasses the experience of over 1,000 LGBT researchers — a group that has been historically overlooked in past surveys.

In the first iteration, 43 percent of participants said they were out as LGBT to half of their colleagues or less. This survey also revealed that people working in fields with a high proportion of women, such as the social sciences, were generally more open to colleagues than those in male-dominated fields like engineering.

The second survey was adjusted to provide more detailed insights. For example, it included a control group of 629 straight, cisgender scientists and asked LGBT respondents to report their openness with both gender and sexuality.

While the survey data indicated that non-disclosing LGBT scientists as a whole tended to publish the least on average, parsing the results reveals a gendered hierarchy with straight men publishing the most. In those who identified as queer, each category of men, women and nonbinary people reported roughly half the rates of their counterparts who disclosed their gender or sexual orientation.

Their resulting model predicted that straight men will author the most papers (an average of 27) in the first two decades of their publishing career. Disclosing queer men reached the closest average. But the numbers fell significantly for straight women as well as both out and closeted queer women, with averages of 17, 20 and 13 papers published in the first two decades. “Our research kind of supports that the closer you are to a white straight man, the more successful you will be,” Mattheis says. “That’s already kind of general knowledge, but it’s useful to have research that can point to that.”

Added stress and a decreased sense of belonging could help explain the lower publication rates among queer scientists who don’t disclose at work, the authors note. Even if employees don’t face outright discrimination in hiring or promotion decisions, the smaller things —  such as feeling uncomfortable bringing a romantic partner to events or decorating your office with photos of your partner — can add up.

“Going to work and not disclosing sexual orientation or some other aspect of your identity that is not obvious visually is a cognitive burden and inhibits how much you feel like you belong,” says Jeremy B. Yoder, a biologist at California State University, Northridge who worked on the study.

While the model didn’t establish a statistically significant connection between publication rate and perceived workplace climate, past research has shown that support for queer employees facilitates productivity in the corporate world.

“I don’t know that we would necessarily expect huge differences based on fields,” says Enrica N. Ruggs, an organizational psychologist at the University of Houston who has studied the impacts of pro-LGBT business policies. “What the research tends to show is that having these inclusive environments in a wide range of industries is positive.”

Despite compelling findings on the potential relationship between sexual orientation disclosure and productivity, the data did not indicate a noticeable impact among the publication rates of those who shared their gender identity or transgender status and those who didn’t.

For one, the more comprehensive 2016 survey only included 212 transgender respondents out of a total of 1,745 people. Yoder and Mattheis also note that transgender people may present as their authentic selves and “pass” among colleagues, circumventing the need to come out as is often necessary with sexual orientation.

And although it isn’t necessarily evident in this specific data, past work has suggested that gay and bisexual men are less likely to finish STEM undergraduate degrees and enter STEM fields than straight men. Interestingly, the same effect is not seen among queer and straight women. In fact, queer women may even experience higher undergrad retention rates than their straight female peers. “This is directly showing the gendered nature of science, to the extent that STEM careers are masculine-coded,” Yoder says.

A more specific breakdown of the study's findings. (Credit: PLOS ONE)

Overall, the authors acknowledge that publication counts are just one piece of the puzzle in measuring an individual’s scholarly impact. In fact, people of color working in academia are more likely to be placed in mentorship and service roles that detract time from their research. While this study did not delve into the productivity costs of other marginalized identities such as race and disability status, the authors predicted that these factors also impact scientists’ careers. For example, research has shown more broadly that queer people of color face employment discrimination at higher rates than their queer white counterparts and make less on average.

“It’s not just about people with one set of identities … what are we doing to make STEM workplaces just more open to difference in general?” Mattheis says. “Not only do we think that’s good for humans, but there’s a lot of research out there that suggests that’s good for science, too.”

In the future, studies that follow queer professionals over extended periods of time could illuminate how intersecting identities affect one’s success and the ability to come out to colleagues, along with the effects of specific company initiatives. “We definitely need continued studies that sort of tease apart the LGBT community and the antecedents to wellbeing based on gender identity and sexual orientation,” Ruggs says. “A lot of time we’re doing research and generalizing across things.”

For insights into LGBT researchers’ career advancements, it could be helpful to add questions about sexual orientation and gender identity to the National Science Foundation’s annual census of doctorate recipients. The federal government is currently working toward this step, but Yoder says it has been a slow-moving process.

Despite all of the unknowns, Ruggs has found that when employers take steps to make companies more friendly to queer people, colleagues who don’t even receive direct benefits nevertheless feel supported. “It’s likely that organization is going to be fair and just to all employees, regardless of their social identities,” she says.