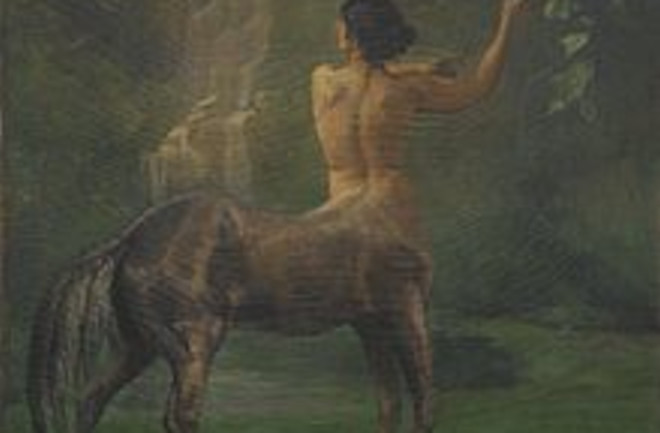 A ChimeraYesterday I pointed to an io9 post, These Unresolved Ethical Questions Are About to Get Real, on my Twitter feed. It's interesting (that's why I tweeted it!), but there were some aspects which I thought were specious, and reflect common intuitions and fears in the public. Two in particular I want to highlight. First, "Is it okay to introduce non-human DNA in our genome?" The premise is false.

A substantial proportion of the human genome is derived from viruses.

Lateral gene transfer in complex organisms is not unknown, and may sometimes be quite functional (arguably endosymbiogenesis and mitochondria is the classic case, but that's so far back in the past that people aren't shocked by it). Second, the piece also asks if we "Should we biologically enhance non-human animals?" Last I checked selection was a biological process. Domestication events have radically changed many organisms. The io9 piece spends some time on the possible Uplift of other species, but as a matter of reality coexistence with humans tends to reduce the intelligence of domestic animals (they offload many tasks to us). The narrow exception though is the case of dogs. Yes, they are uniformly less intelligent than wolves, but excel at reading human social cues. We've modified them to be our perfect companion animals!

Credit: Lily M The only reason these are of note as more than simple confusions is that they're objections that come up over and over. I recently listened to a radio interview with an activist for organic crops who expressed horror at transgenic organisms. Of course he himself is in some fashion transgenic (being a human, and loaded with viral sequence). Similarly, the idea of animals changing in a manner to be more like man fills us with horror and fascination (Planet of the Apes). But domestic dogs are fundamentally peculiar creatures, whose existence can not be understood aside from the needs of human which they have come to serve. Dogs have even evolved to be able to digest our carbohydrates. But the strange can become the familiar. There is little controversy over a process as unnatural as in vitro fertilization. We've gotten over it. Similarly, our reactions to our obsequious and often malformed "best friend" is not horror, but affection. As far as transgenics goes, the issue is that humans have a false intuition for how we come into being, and what our essence is. The outlines can be found in books such as Paul Bloom's Descarte's Baby. Basically we have an essentialist understanding of Being and nature, and breaking identity apart into reduced elements such as discrete genes is not part of our intuition. Mendelism more generally, and lateral gene transfer more specifically, falsify our intuitions about inheritance and the roots of Being. But they aren't at the forefront of our thoughts, so you have "gut" responses like the aversion to transgenics.