Clues from the Comet of the Century

Though it fell short as a visual spectacle, Comet ISON lived up to its billing as a scientific sensation. 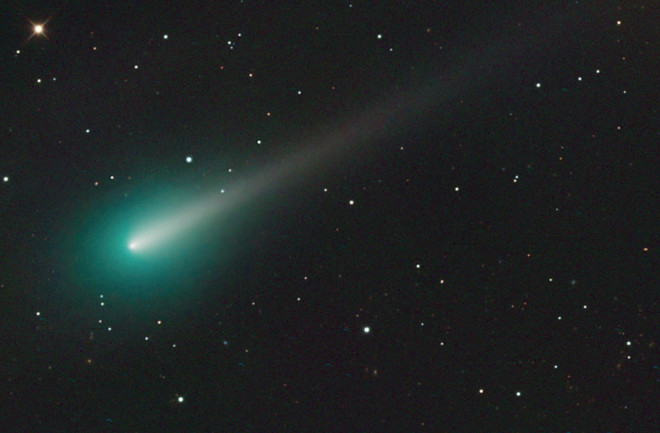 Immediately after co-discovering Comet ISON the night of Sept. 21, 2012, Russian astronomer Vitali Nevski trumpeted it as a “comet of the century.” Although it initially fell short as visual spectacle, Comet ISON has fully lived up to its billing as a scientific sensation.

Comet ISON originated in the deep freeze of the distant Oort Cloud, then took a flaming plunge almost straight into the sun. “It came close enough to boil off everything that’s in comets: water, methane, ammonia, even rock and metal,” Lisse says. Analysis of those components is underway. Raw data will also be made available to amateur sleuths.

Among the early results: While still far from the sun, Comet ISON spouted an energetic geyser.

Michael A’Hearn of the University of Maryland suspects the comet’s outer layers, bombarded for billions of years by cosmic radiation, exploded “like a bomb” at the first tickle of warmth.

Jian-Yang Li of the Planetary Science Institute found that Comet ISON’s sideways orientation allowed the sun to heat just one hemisphere on the way in, which may explain some of its erratic behavior.

NASA even managed to watch the comet from Mars — a test run for a remarkable event next Oct. 19, when Comet Siding Spring will have a near-collision with the Red Planet.

[This article originally appeared in print as "Clues from the 'Comet of the Century'."]