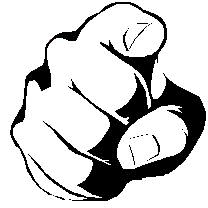 My latest DeSmogBlog item continues the discussion of the whole Romm-Nisbet brouhaha, which is of course mostly about how to engage in accurate finger-pointing in the wake of what all perceive as a failure of climate policy. Romm has now given some actual rough percents for how he sees the blame-o-meter, and I comment on those--I'm guessing I'm somewhere between Romm and Nisbet, probably closer to Romm:

I would never downplay (as Nisbet did) all the attacks on science that have occurred. But I also would not exonerate environmental organizations. God knows they have their problems, and personally, I’ve felt that the inward firing squad is the biggest—and the lack of unity and common cause. Nor would I completely exonerate scientists—and they’re not letting themselves off the hook either. They know they need to communicate better. The introspection and reflection going on in that world at the moment is a really impressive thing to see. But Romm is right that science denial and the media (combined) have been the biggest problem. I don’t know about 90 percent, but surely in the 60-90 percent range.

You can read the full DeSmogBlog piece here.