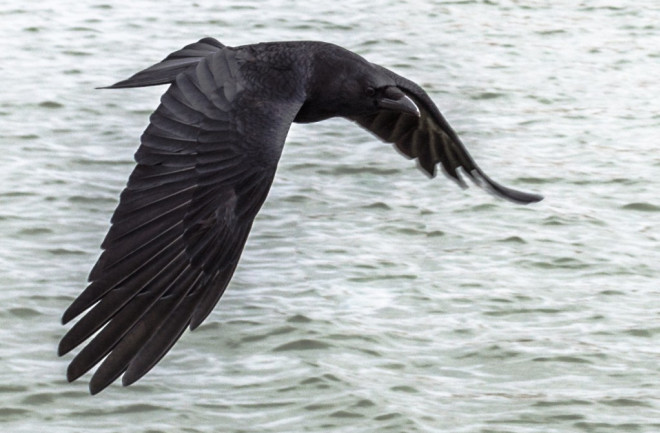 In 1999, crows began dropping dead in the United States. A crow here, a crow there – nobody thought much of it at the time, says Joshua Dein, a veterinary scientist working with the University of Wisconsin-Madison. But this was the precursor to outbreaks of the West Nile Virus in North America. Since scientists knew the virus infected crows at a near 100% mortality rate, Dein says it is possible public health officials could have been forewarned about the oncoming virus had someone been monitoring the crow situation.

But this is a goal easier said than done. Early detection of disease events that affect wildlife is often difficult to achieve because sometimes the evidence is diffuse and hard to collect. “When you have hundred dead ducks in one place that usually gets attention. You usually when you get ones or twos – not so much,” Dein says.

Dein says that there just was no structure to pull all the observations together. Looking back on the incident, he realized that there needed to be some “mechanism for people to make sense of what they were seeing.” Over a decade later, Dein decided to start a project that would call on citizen scientists to help stop or predict epidemics by monitoring the wild. Diseases often leap from animals to human. Some are patently self-explanatory: swine flu, bird flu, or mad cow disease. Others are less obvious – AIDS, the black plague, and Ebola are also said to have made their way into people from animals. But an estimated near 80% of all diseases afflicting humans have come from wildlife either directly or indirectly. Dein’s project, called WHER or the Wildlife Health Monitoring Reporter, is a web-based application to find those diseases and potentially stop an epidemic outright

. It’s currently a web-based application where people can record wildlife observations about sick or dead wildlife. The idea was to bring people together to report on dead wildlife when they stumble across the carcasses. The data get sent to federal and state agencies like the US Fish and Wildlife Service that can aggregate and analyze the information. Dein says if the project gets enough participants feeding it enough data, it could “identify potential diseases before they become substantial or significant.” Already there are a few organizations who occasionally use WHER. Some universities, and the United States Department of Agriculture in Maryland used it to keep track of seabird die offs in the past. “There are certain spots where [the app] grabs hold and becomes useful,” Dein says. Dein says that some of the most exciting parts of the project is offering the opportunity for citizen scientists to “contribute to disease surveillance.” He says that they’re the ones who might be able to see and identify important disease events that might otherwise be unreported – and he’s looking to tap into smartphones to recruit more wildlife reporters. “We’d like to build a mobile app,” he says. ** Ian Vorster also contributed to this post.

You can join WHER at SciStarter or at the WHER homepage.