Chinese Rover Wakes Up, Does Science, Goes Back to Sleep 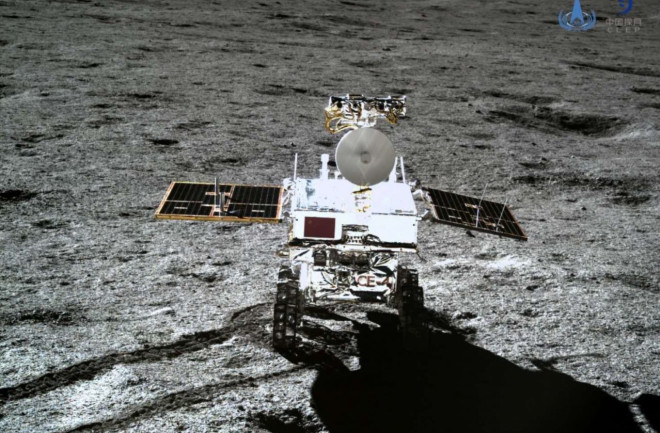 The Yutu-2 rover takes naps to avoid extreme temperatures on the lunar far side. (Credit: CLEP/CNSA)

The Chinese Chang’e-4 lunar mission is returning data again after a scheduled two-week rest period. It’s rover, Yutu-2, woke up on January 29, but the Chang’e-4 lander slept in an extra day. The rest mode was necessary due to the frigid nighttime temperatures on the lunar far side, which plunged as low as -310 degrees Fahrenheit.

The Chang’e-4 mission is the first to explore the far side of the moon, and the cold temperatures are part of the discovery process.

“According to the measurements of Chang’e-4, the temperature of the shallow layer of the lunar soil on the far side of the moon is lower than the data obtained by the U.S. Apollo mission on the near side of the moon,” said Zhang He, executive director of the Chang’e-4 probe project, to Xinhua, China’s state media. “That’s probably due to the difference in lunar soil composition between the two sides of the moon. We still need more careful analysis,” Zhang said.

Apollo astronauts only gathered data from a small portion of sites on the moon’s near side. It was also lunar day when they visited, mostly so they could see where they were landing. But they left behind instruments to measure the moon’s temperature just below the surface, which recorded data for years after the humans departed during both day and night.

It’s clear from a quick look that the moon’s near and far sides look quite different, so it’s not so surprising that they might retain heat differently. But there was no way to know this without visiting the far side.

Both rover and lander carry radioisotope heat sources to prevent them from freezing entirely during the long lunar nights. Since both woke up on time, they appear to be doing their job, and can now rely on solar power for the lunar day.

But day also carries the risk of correspondingly high temperatures. The lander can regulate itself, but the Yutu-2 rover will go back to sleep on February 3 to avoid overheating when the sunlight is most direct. It did the same from January 6-10. On social media, the rover has been sharing updates from its journey, as well as clarifying that it’s not lazy.

During its waking hours, Yutu-2 has traveled 144 feet and sent back images of its new home. It will continue to explore the lunar surface with radar and spectrometer, perhaps allowing researchers to understand why the far side lunar ground gets colder than the familiar near side.