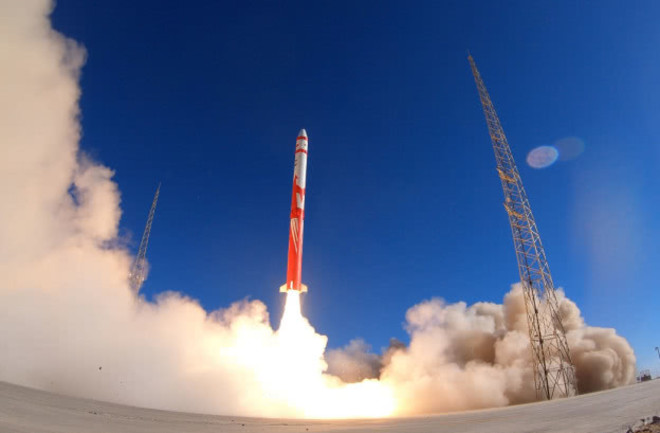 The Chinese start-up LandSpace launched a three-stage rocket from the Jiuquan space center, but the mission failed to get its payload, a microsatellite, into orbit. (Credit: LandSpace) China's first privately funded rocket maker, LandSpace, failed to put a microsatellite in orbit on Saturday during its inaugural flight. The solid-fueled, three-stage Zhuque 1 rocket launched from the Jiuquan space center in the Gobi Desert at 4 a.m. EDT on Oct. 27. It soared successfully through its first two lower stages, but the third stage failed as it attempted to accelerate into low-Earth orbit. The rocket was carrying the Weilai 1 microsatellite, which was meant to collect images to be used for China Central Television (CCTV) — China’s government-run TV network. The rocket is designed to put a payload up to 440 lbs (200 kg) into orbit 310 miles (500 km) from Earth’s surface. The 62 foot (19 m) tall rocket weighs in at 60,000 lbs (27 metric tons) and generates almost 100,000 lbs (45 metric tons) of thrust. While Zhuque didn't put the microsatellite into orbit, the Chinese start-up said the launch wasn't a total failure. “Through the whole flight of Zhuque 1, our team has obtained a great deal of experience which will contribute to the further research and development of Zhuque 1 and Zhuque 2,” LandSpace’s CEO Zhang Changwu said in an interview on CCTV. The company’s more advanced Zhuque 2 liquid-fueled rocket could be ready for a test launch as soon as 2020. The exact details of the launch and why the rocket failed in its third stage are not yet fully known. “Next, through the telemetry data collected by the satellite launch center, [we] will fulfill the next step of the flight process and explain the whole flight to the public as soon as possible,” Changwu said. This was China’s 30^th launch attempt this year but is considered its first “failure” of 2018. Additionally, LandSpace is the first privately-funded Chinese company to launch in an orbital mission.