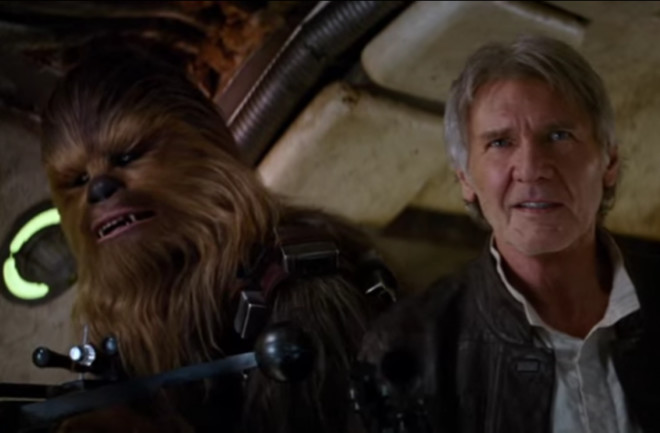 Many of the most beloved science fiction films and TV shows feature humans and intelligent aliens coming together to form a larger interstellar society. The “Star Trek” stories have their United Federation of Planets, while the “Star Wars” stories feature a galaxy-spanning civilization far, far away that goes by lofty names such as “The Republic” or “The Galactic Empire.” But a Chinese science fiction trilogy coming to the big screen in 2016 takes a far darker view on how humans and other intelligent life in the universe might behave toward one another.

The “Three-Body” trilogy of books by Liu Cixin represents China’s best-selling foray into traditionally Western-dominated science fiction. An English translation of the first book earned Liu “best novel” for science fiction or fantasy in the 2015 Hugo Awards and landed on the reading list of Facebook founder Mark Zuckerberg. Chinese filmmakers have already scheduled the first “Three-Body” film for debut in July 2016. But don’t expect humans and aliens to be rubbing shoulders in a shared space adventure similar to the recent “Star Wars” and “Star Trek” films.

“There’s a strange contradiction revealed by the naivete and kindness demonstrated by humanity when faced with the universe: On Earth, humankind can step onto another continent, and without a thought, destroy the kindred civilizations found there through warfare and disease,” Liu writes in a postscript for the U.S. edition of “The Three-Body Problem.” “But when they gaze up at the stars, they turn sentimental and believe that if extraterrestrial intelligences exist, they must be civilizations bound by universal, noble, moral constraints, as if cherishing and loving different forms of life are parts of a self-evident universal code of conduct.”

(MAJOR SPOILERS for “The Three-Body Problem” and “The Dark Forest” will follow in this post. If you haven’t read at least the first two books in the “Three-Body” trilogy and wish to check them out for yourself, stop here.)

The Optimism of Galactic Civilizations

Liu’s observation highlights a certain amount of optimism built into both the “Star Wars” and “Star Trek” universes. The “Star Trek” universe envisions a noble code of conduct in the Federation’s Prime Directive; a guiding rule that explicitly prevents the Federation’s Starfleet from interfering with the development of more primitive alien civilizations or lording over them with superior technology. Such a rule puts Starfleet in the role of benevolent, distant guardians for many fledgling alien civilizations and enables them to safely develop until they can potentially join the Federation’s interstellar organization.

None of the “Star Wars” films explicitly suggest a similar “universal code of conduct” that prevents one powerful human or alien civilization from wiping out all the others. But the very existence of a huge galactic civilization consisting of both humans and aliens—many possessing advanced technologies such as hyperdrives and starships—implies that advanced human and alien societies were able to coexist, engage in economic trade and perhaps share the fruits of technological progress sometime in the past.

By comparison, Liu’s “Three-Body” trilogy considers the often troubled chapters of human history and imagines a similar scenario playing out amongst the stars. His vision becomes clear in the trilogy’s second book, “The Dark Forest,” which takes its title from the analogy used to describe the state of the universe. It also represents a dark answer to the Fermi paradox, first proposed by physicist Enrico Fermi in 1950, which asks why humans haven’t seen evidence of intelligent aliens if the probability of their existence is high.

Liu’s “dark forest” theory goes something like this. First, it proposes that each civilization’s main motivation is to survive. Second, it suggests civilization will continuously grow and expand even as all matter in the universe remains constant. That means each civilization has to compete with other civilizations for a limited amount of resources as it expands beyond its home planet.

But what about the possibility of two civilizations agreeing on peaceful cooperation? The main problem with that comes from what one of Liu’s characters describes as the “chain of suspicion.” If one civilization receives a message about the existence and possibly the location of another civilization, it must determine whether the other civilization has good or bad intentions.

Liu also imagines communication and trust issues arising because of the vast physical distances between each civilization and the likelihood of having very different biological and societal backgrounds. It’s a high-stakes decision because the wrong choice could lead to a civilization’s destruction at the hands of another.

The resulting vision in “The Dark Forest” is a universe filled with intelligent life that keeps quiet to avoid possible destruction at the hands of a technologically superior civilization. Liu describes each civilization as a stalking hunter in a dark forest. To make a broader comparison with the dystopian stories of “The Hunger Games” trilogy, it’s like each civilization is a human tribute struggling to survive in a huge arena filled with other armed tributes.

Except it’s actually much worse than the “Hunger Games” scenario, because the chance of agreeing to become even temporary allies becomes very unlikely due to the communication and trust issues. And the possibility of technological leaps means a seemingly weak tribute with no weapons might suddenly evolve into a fully-armed tribute shooting at you with a bow and quiver full of arrows.

Such a cynical view of life in the universe isn’t necessarily unusual among both science fiction storytellers and scientists. Many researchers—including physicist Stephen Hawking—have warned about the possible dangers from hostile extraterrestrial civilizations. In that spirit, some have argued strongly against the idea of Earth trying to send active signals to extraterrestrial civilizations.

But Liu’s grim, cynical vision may also have special resonance among his Chinese fans who read his books and anticipate the upcoming film adaptations. That’s because Liu’s science fiction trilogy references the societal trauma inflicted by China’s Cultural Revolution, a turbulent period during the 1960s and 1970s when the government encouraged widespread persecution of “class enemies” such as the educated class.

Many young Chinese at the time joined the paramilitary Red Guards who carried out such persecution; sometimes they tortured or even killed those designated as class enemies. At times, husbands and wives publicly denounced their spouses; in other cases children accused their parents. Such societal upheaval destroyed or irrevocably changed many community and family bonds of trust.

Liu cites hazy childhood memories of the Cultural Revolution as part of the influence on his science fiction, even as he cautioned that he does not use his stories as a “disguised way to criticize the reality of the present.” In any case, he advocates for a cautious approach to making first contact with alien civilizations in his “The Three-Body Problem” postscript:

Let’s turn the kindness we show toward the stars to members of the human race on Earth and build up the trust and understanding between the different peoples and civilizations that make up humanity. But for the universe outside the solar system, we should be ever vigilant, and be ready to attribute the worst of intentions to any Others that might exist in space. For a fragile civilization like ours, this is without a doubt the most responsible path.