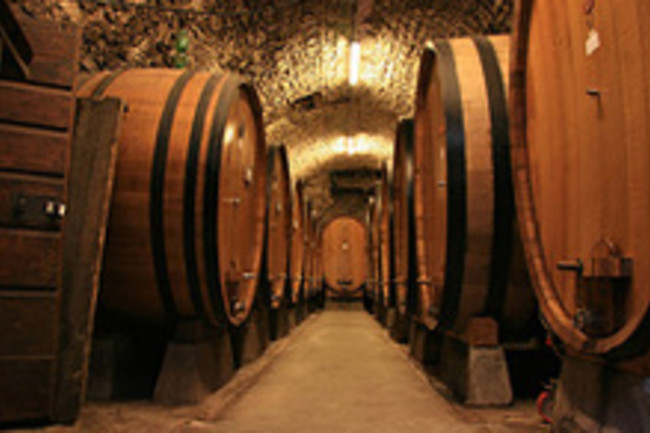 Using a fancy piece of chemistry equipment to study the chemical composition of wine, European researchers have one-upped the sophisticated palates of wine connoisseurs. The researchers used ultra high resolution mass spectrometry to sort through all the chemical compounds present in wines that had been aged in oak barrels, and found that for each wine, they could determine which French forest the oak was cut from.

No other approach - analytical or sensory - has been able to significantly discriminate wines according to the species or the origin of the oak used for the barrels before, they say [Chemistry World].

The findings could prove useful to wine connoisseurs and historians, the researchers said, concluding that their findings produced "chemical representations of the way such noble nectar can shape, on the (tongue) of the wine taster, some of the outlines of the scene of its birth" [AP].

Similar analyses could also be used to detect wine fraud, the researchers noted.

Mass spectrometers hit samples with an electron beam that ionizes their constituent molecules, which are then pulled into an electromagnetic field and identified according to changes in their mass [Wired].

In the new study, published in the Proceedings of the National Academy of Sciences, the researchers note that the

chemical composition of wine depends on a complex mixture of factors including how and where the grapes are grown, how the wine is made and the aging process used. The volatile and polyphenolic compounds involved in the taste, smell and therapeutic effects of wine have been well studied - but have generally only been considered one chemical at a time [Chemistry World].

The researchers adopted a holistic approach, studying the full spectrum of chemical compounds in each bottle of wine, and found that they could match the chemical fingerprint of the wine to that of the oak tree that produced the aging barrel, even if the wine had been bottled ten years ago. The technique worked for whites, reds, and champagnes.