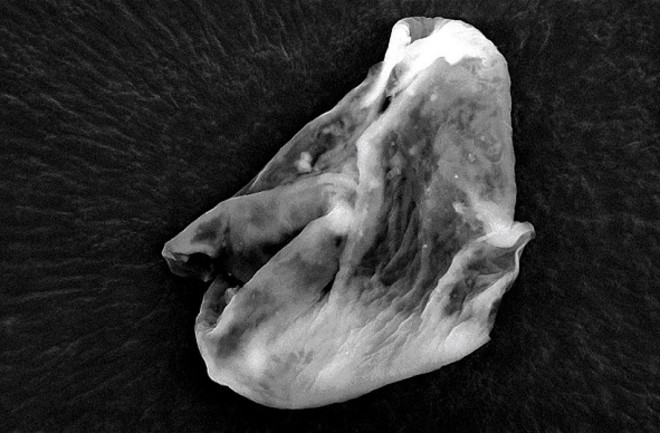 Exhibit A: A pretty convincing case for alien life, don't you think? Image credit: University of Sheffield British researchers say they've found extraterrestrial life, and they've got the microscopic pictures to prove it. During a recent meteor shower, the scientists sent a balloon up into the stratosphere 16 miles above the Earth's surface and it came back with pieces of diatoms (a type of single-celled algae). Are they alive? Probably not. But do they have DNA? Looks like it! Because the organisms were retrieved from so incredibly high up, the researchers believe they had to have come from elsewhere in the cosmos. One of the researchers, Milton Wainwright, told the Independent:

"We're very, very confident that these are biological entities originating from space."

How certain? About 95 percent, he said, and continued,

"Life is not restricted to this planet and it almost certainly did not originate here.”

How can you be so sure? Because there are billions of comets where extraterrestrial life like these diatoms could have originated, he explained; the problem is that all the biologists are stuck on Earth.

Image credit: University of Sheffield The results were recently published in the peer-reviewed but controversial Journal of Cosmology. (With a homepage like this, it's no wonder scientists question the credibility of the publication's content.) Further testing will determine if the alien findings are legit, but in the meantime, Wainwright told the Telegraph,

"The tension will obviously be almost impossible to live with."