Stiff person syndrome is rare and only affects one in a million people. 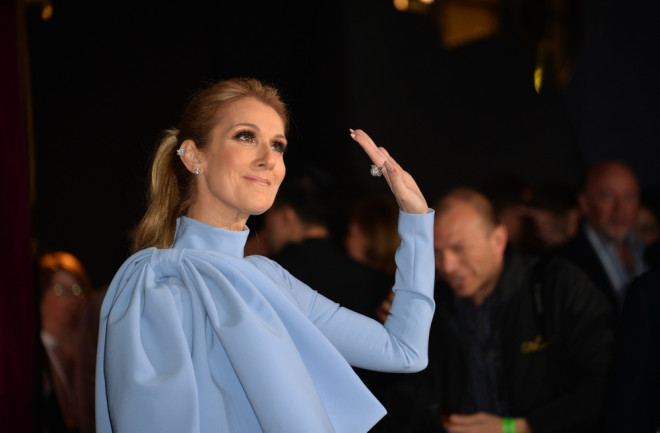 In an emotional message, Céline Dion recently revealed to her Instagram followers that she has a rare condition called stiff person syndrome.

The condition has begun to affect the 54-year-old Canadian singer’s vocal cords and her walking. As a result, she has had to cancel her upcoming Courage tour, which was set to begin in Europe in February 2023.

What is Stiff Person Syndrome?

Stiff person syndrome is a very rare condition, affecting about one in a million people. It was first described in 1956 by Dr Frederick Moersch and Dr Henry Woltman at the Mayo Clinic in Minnesota. They called it stiff man syndrome. It is now recognised that most cases occur in women – about twice as many women as men are diagnosed with the condition.

It is one of a range of autoimmune conditions that afflict about 4 percent of the global population, including thyroid disease, rheumatoid arthritis, type 1 diabetes and multiple sclerosis.

The exact cause of it is not known, but it appears to occur when the immune system attacks a protein called glutamic acid decarboxylase (GAD). The GAD protein helps in the production of a neurotransmitter (brain chemical) called GABA, which lessens a nerve cell’s ability to receive, create or send chemical messages to other nerve cells. For this reason, GABA is known as an inhibitory neurotransmitter.

Antibodies are Y-shaped proteins that look for and latch onto foreign invading objects, such as bacteria and viruses, and mark them for destruction. In people with stiff person syndrome, certain antibodies latch onto GAD proteins. These GAD antibodies are found in very low levels in healthy people but in very high levels in people with stiff person syndrome, so their presence in blood or spinal fluid is one way that doctors are able to diagnose the condition.

Many people with the condition experience intense, painful muscle contractions, hence the condition’s name. This can lead to falls and hence serious injuries.

Noise and emotional distress can trigger the muscle spasms, which can lead some people to become housebound.

As the disease progresses, some develop a hunched posture. A significant proportion of people with the condition become immobile with muscle dysfunction and need to use a wheelchair.

Because it is so rare, it is often misdiagnosed as Parkinson’s disease, multiple sclerosis, fibromyalgia, psychosomatic illness, or anxiety and phobia.

It should be noted that the symptoms of stiff person syndrome are not the same in every person, and the severity of the symptoms can range from mild to severe.

Unfortunately, there is no cure. Treatment is to limit pain, relax the contracting muscles and suppress the aggressive autoimmune response. The latter can be done with drugs that dampen the immune response, including intravenous infusions or by filtering the blood to remove the harmful GAD antibodies.

Botox can also be used to reduce muscle spasms, especially when diazepam (an anti-anxiety drug) has failed to relax the muscles. Other treatments include stem cell therapy, but there is no definitive treatment plan and each case must be managed individually to find the best approach.

The treatment Dion receives will depend on the type and severity of her symptoms. She told her fans: “I am working hard with my sports medicine therapist every day to build back my strength and my ability to perform again but I have to admit it’s been a struggle. All I know is singing. It’s what I’ve done all my life. And it’s what I love to do the most.”

Richard David Leslie is a Professor of Diabetes and Autoimmunity at Queen Mary University of London.This article is republished from The Conversation under a Creative Commons license. Read the original article.

More From Discover
Mind
What Psilocybin Psychedelic Mushrooms Are Teaching Us About Human Consciousness
Planet Earth
How Intelligence Is Measured In The Animal Kingdom
Health
Your Guide to Conquering the Caffeine Crash
Health
How Electroconvulsive Therapy Saves Lives
Health
What A Concussion Does To Your Brain
Health
Are the Effects of Cannabis and Alcohol in the Body the Same?
Recommendations From Our Store
My Science ShopDiscover STEM Kits
My Science ShopDiscover 2022 Calendar
My Science ShopStrange Science
My Science ShopElements Flashcards
Shop Now
Stay Curious
Join
Our List