Celebrating the Citizen in Citizen Science 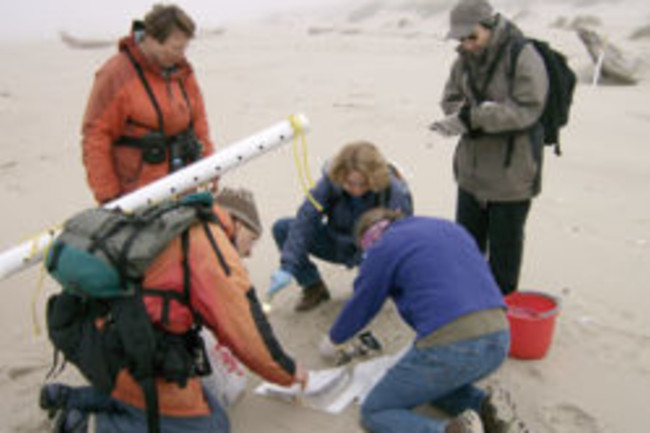 I believe that citizen science is about citizenship as well as science. By this, I don’t mean citizenship in a specific country, but in a larger community. As a citizen scientist focusing on the natural world, I become a better citizen of that world—the world of tree frogs, say, or hummingbirds or dragonflies. Citizen science makes me a better citizen of a particular place, like the river where I am looking for macroinvertebrates or the mountain range where I document invasive plant species.

Recently, I was pleased to read a paper in the journal Conservation Biology that explores whether participating in citizen science also leads to a more conventional citizenship. The authors test the theory that citizen science is a path to social and political action by taking a close look at the Coastal Observation and Seabird Survey Team (COASST), a program that relies on volunteers to monitor beached seabirds from Mendocino, California to Kotzebue, Alaska.

In the study, researchers Benjamin Haywood, Julia Parrish, and Jane Doliver analyzed COASST surveys of 308 volunteers active for over a year, as well as 124 volunteers about to enter the program. They also interviewed 79 of the active participants.

They found that these citizen scientists quickly gained a solid understanding of bird biology, behavior, and ecology, including species abundance, distribution, and threats to coastal birds. Moreover, participating in COASST led to emotional feelings about the values and goals of the program. As the authors note, “For many participants, data collection became a way to protect a valued place and the associated ecosystem.”

But many of the citizen scientists in COASST went beyond data collection to take further civic action. For example, 72 out of the 79 volunteers identified trash on the beaches they monitored. And of those, 83% began to clean up that trash, something neither required nor suggested by the COASST program.

Of the  interviewees who met people while doing their surveys, 71% stopped to share their work and teach aspects of natural history and conservation to passers-by. A number of those interviewed also went on to participate in other regional and national citizen science projects or to take classes related to ecology. A small but significant number—3 out of the 79 interviewed—became involved in community efforts such as strengthening local ordinances that regulate beach use. 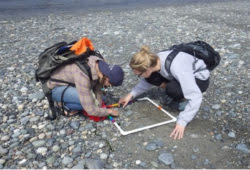 Of the 308 COASST active participants who were surveyed, 98% reported talking to others about what they had learned about coastal ecosystems. Importantly, 20% had these conversations—often repeatedly—with “persons of power” such as politicians, resource managers, and reporters.

Interestingly, the researchers also found that COASST volunteers typically start with vague but deep concerns about how human activity affects bird deaths. These fears became tempered, however, as they learned more about natural mortality such as winterkill and the stresses of breeding. A “deepened sense of place garnered through authentic scientific experience” allows these citizen scientists to “move from a nonspecific sense of fear about environmental degradation to a sense of which action or actions are practicable and efficacious.” In other words, the volunteers become more informed conservationists, infused with a greater sense of hope and empowerment because they know better what to do and why.

The SciencesHow do Planets Form? NASA Wants Your Help Finding Out
Recommendations From Our Store