One of NASA’s most iconic missions comes to an end. 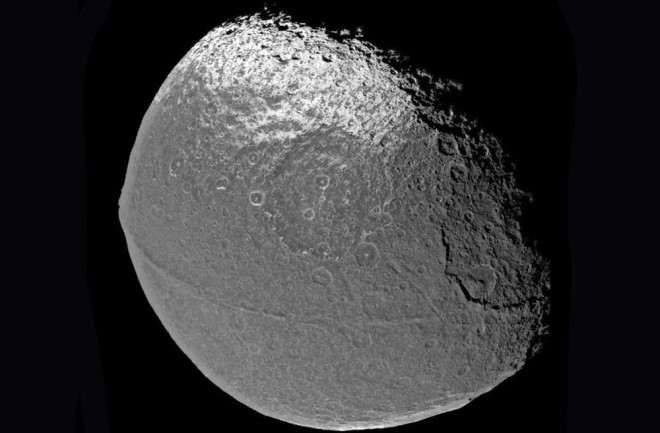 Cassini is running out of gas.

So before mission managers lose control, they’ve steered the spacecraft on a no-return course into Saturn’s atmosphere, where it’s scheduled to burn up Sept. 15 at about 3:45 a.m. PDT. The move is precautionary. A dead spacecraft carrying stowaway microbes could contaminate icy Enceladus, a moon Cassini showed us has a salty ocean and the potential for life. Instead, friction from the high-speed atmospheric entry will destroy Cassini.

NASA launched Cassini from Cape Canaveral on Oct. 15, 1997, and it slid into Saturn’s orbit nearly seven years later. The robotic spacecraft proved so robust that NASA extended the mission twice.

Its twin 1-megapixel cameras, built in the early ’90s, snapped thousands of pictures. Along the way, Cassini discovered seven moons and parachuted the Huygens probe down to Titan, the only known moon with a thick atmosphere. But perhaps its most startling discovery was detecting organic compounds in the saltwater ocean sloshing under Enceladus’ icy shell.

Now the last leg of the mission, which NASA calls the Grand Finale, flings the craft over Saturn’s mysterious polar hexagon and into a series of daring dives between planet and rings. On that final day in September, the team will gather to say goodbye at the Jet Propulsion Laboratory in Pasadena, Calif. Among them will be Cassini’s science team leader, Linda Spilker. She’s been with the team for almost 30 years — or the equivalent of just one Saturn orbit, she says.

“When the signal stops, there will be a moment of silence, then applause and tears,” Spilker predicts. “We will miss her.”

The orbiter and attached Huygens lander eased into Saturn’s orbit in 2004. (Credit: NASA/JPL-Caltech)

Only 5 miles across, Saturn’s ring-embedded moon Daphnis kicks up waves of particles in the A ring. (Credit: NASA/JPL-Caltech)

As the Huygens probe parachuted to Titan’s surface, it revealed the shorelines of a liquid methane sea, plus geologically active mountains and channels. (Credit: ESA/NASA//University of Arizona)

Saturn had 18 known moons when Cassini launched. The latest total is 62 — seven found by Cassini. This view shows (from left) Pandora and Prometheus — moons that shepherd the F ring — and Epimetheus. Each is less than 70 miles across. (Credit: NASA/JPL-Caltech)
1 free article left
Want More? Get unlimited access for as low as $1.99/month
Subscribe