Cassini to kiss Enceladus on March 12 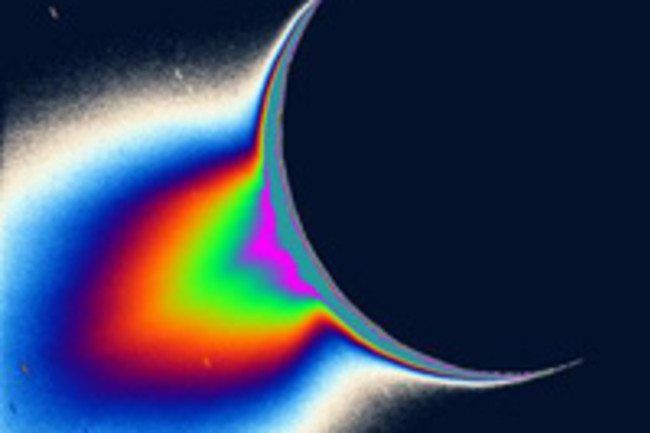 In a few days, the phenomenal Saturn probe Cassini will skim just barely over the surface of the icy moon Enceladus. This is the moon that has gigantic plumes of water ice billowing out into space, the origin of which is still being argued. The spacecraft will blow past the moon on March 12, at 19:06 UT. It'll pass just 50 kilometers (30 miles) over the southern hemisphere of Enceladus. Unfortunately, it won't take any images at closest approach -- screaming over the landscape at 9 miles per second isn't going to get you much more than blurry pictures. But it'll take plenty of images on the way in and out, and while it does so its other instruments will be busily taking data, helping Earthbound scientists figure out just what the heck that tiny moon is doing. Cassini will also pass right through the ice plume (generally considered an E-ticket ride) and will hopefully return an analysis of its contents. You can read all about this in amazing detail on the CICLOPS site. There are timelines, maps, schedules, everything you could possibly need to understand this close encounter. Actually, you should take a look at that page if only to see what incredibly detailed thinking has to go into making such a pass. It's amazing.