The Saturn probe completes its years-long mission in a fiery descent. 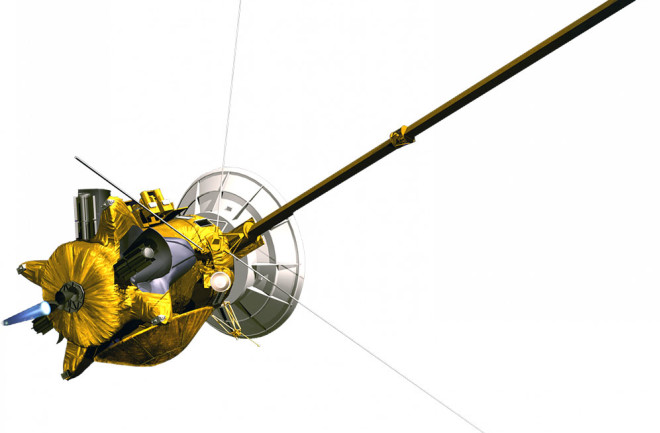 In October 1997, a Titan rocket streaked across the sky and shot a spacecraft called Cassini toward Saturn. The road trip, minus roads, was long, and Cassini didn’t arrive until 2004. But it stayed there till its mission ended on Sept. 15, 2017 — with a bang, and a good deal of whimpering from Earth.

Early that morning, engineers at NASA’s Jet Propulsion Laboratory sent Cassini down to meet the planet it had spent 13 years studying. The greeting was fatal for Cassini, which disintegrated as it charged through Saturn’s atmosphere. It was a planned death, a self-sacrifice that meant it wouldn’t crash into Saturn’s moons.

Scientists didn’t want to contaminate those satellites — Titan and Enceladus — precisely because of what Cassini had revealed: They weren’t barren balls, but ones with oceans, water, internal energy and nutritious chemicals. The moons demonstrated that planets aren’t the only habitable spots in this solar system, and beyond.

Cassini’s gaze at Saturn also revealed more about the formation of giant planets and regular solar systems. “By studying those rings up close and personal, you could draw analogies to how solar systems might form and evolve,” says Scott G. Edgington, Cassini’s deputy project scientist.

“There will be generations of scientists who get their Ph.D.s and do research with Cassini data,” he says. “Who knows what they'll find in those 0s and 1s?” That’s why, despite the emotional eulogies, Cassini’s intellectual life will continue long after its physical death.