Can Start-up Culture Save Government? 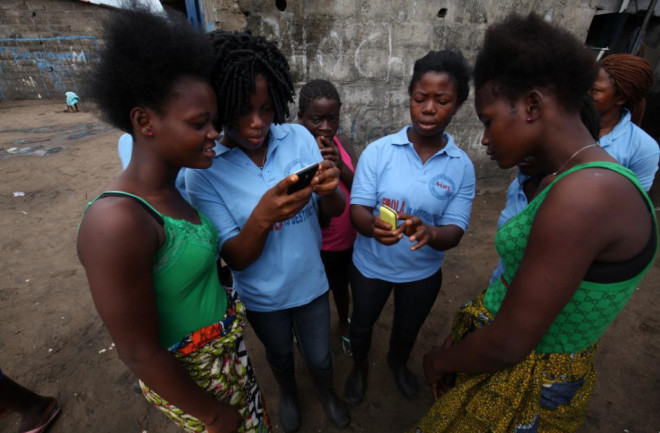 Volunteers register new users for a sms-based messaging system in Monrovia, Liberia. (Image: UNICEF/Jallonzo) It’s a perennial challenge for institutions of any size, the balance between nimbleness and scale. Start-ups can adapt quickly, changing course to keep up with users’ shifting behavior or to take advantage of the latest technology. Larger organizations have broader reach, but are notoriously slow to adapt; changes can potentially threaten a strong, longstanding foundation. But can there be a middle ground? Is it possible for established organizations, particularly in the public sector, to harness the dynamism and “fail fast” mentality of the tech scene for the greater good? A growing number of groups, from government agencies to large international organizations, are doing just that, infusing high-inertia institutions with a start-up vibe. This trend was on prominent display at the South by Southwest Interactive Conference last month, and while the shift feels obvious in many ways - why wouldn’t any organization want to incorporate best practices? - the status quo has largely persisted. The United States Digital Service (USDS) has sought to change this, bringing tech sector talent into the public fold for specific interventions, infusing the effort with the rhetoric of the battlefield. Coders serve months-long “tours of duty," with the full force of the government providing “air support” to remove bureaucratic or logistical obstacles. From an overhaul of the VA’s digital presence to the rescue of healthcare.gov, the USDS has created quick changes. Aden Van Noppen, an advisor to the U.S. Chief Technology Officer, showed off a couple of particularly design-forward programs. The Opportunity Project integrates public transportation, housing prices, and job prospects into a geo-referenced score, potentially saving job-seekers from torturous commutes. StreetWyze (the misspelling serves as another design-oriented dog whistle) crowdsources data on a neighborhood’s specific needs to both uncover and address local challenges. It’s an attempt to move the long tradition of community organizing online, focusing on the issues before the tool, which, in Van Noppen’s view, distinguishes the effort from many tech-based start-up initiatives. Why is this new mentality such a departure? Haley van Dyck, a co-founder of USDS, identifies two specific structural changes. “It’s the ability to break projects into smaller pieces and start working incrementally,” she says, noting that small teams chewing on distinct parts of the overall problem “decreases the risk surface area.” The other, related benefit is speed: releasing a mostly-finished product and soliciting user feedback is preferable to extensive internal up-front troubleshooting. van Dyck has also found that the apolitical framing of the work has attracted a broader set of talent: “we don’t care about politics,” she professes, “we care about making government work better."

Incorporating scalable, tech-based approaches into international development seems even more incongruous. “These are not necessarily the places we think about selling iPhones to,” notes Erica Kochi, the co-founder of UNICEF’s Innovation Unit

. Given the frequent Silicon Valley focus on apps that incrementally enhance convenience rather than fundamentally change lives, it wasn’t clear “how we could leverage technology that is usually perceived to be addressing first world problems,” says Fabio Sergio, the Vice President of the design and strategy firm frog

. But cell phones - iPhones or otherwise - have provided a lifeline. In places where census data is unreliable or hopelessly out of date, using phones to track people’s movements can help pinpoint interventions during emergencies. During a flu outbreak, for example, “we would know where to implement the treatments,” explains Kochi, “like hand-washing stations or deployment of medical workers.” Text message blasts are proving to be effective ways to conduct impromptu polls and address problems that were previously mere rumors. Recent work in Liberia

asked about sexual abuse in local school systems; 13,000 of 60,000 people responded, with 86% saying it was a real problem. Such text messages are a tenuous link to the citizenry - over-use can irritate users beyond repair, and it preferentially reaches tech-savvy constituents - but the reach is tough to beat. One of the next steps in the realm of tech-based, design-oriented thinking is to empower local problem-solvers to be more effective. By combining locals with first-hand knowledge of community challenges, developers and programmers with the technical know-how to generate solutions, and international organizations with the budget and networks to bring solutions to scale, the potential is very exciting. “There are lots of interesting ideas in places where the problems actually exist,” says Sergio. “And we can find good solutions there too."