Can One Eruption Trigger More? My Top 5 Volcano Myths 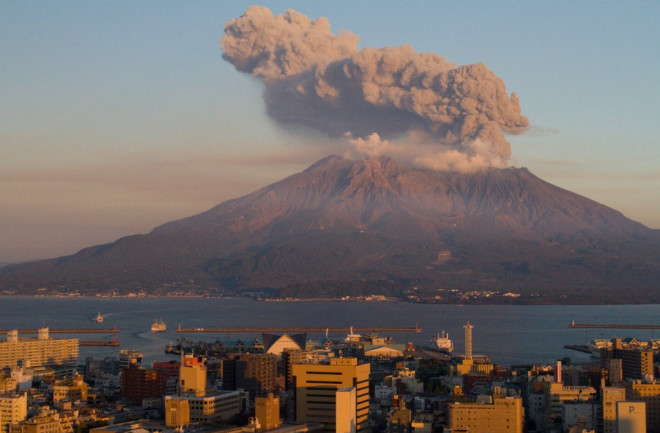 A small 2009 eruption at Sakurajima in Japan. Kimon Berlin / Wikimedia Commons. Whenever volcanoes are in the news, I see a lot of wild rumors roaming the interwebs. The worst kind are those that try to sow panic and fear amongst the people living near an erupting or potentially erupting volcano by either spreading false news or sensationalizing the events. Sometimes it is more innocent, where the media just gets the science or terminology wrong, like referring to the stuff coming out of a volcano as "smoke" (it's not) and that the "Ring of Fire" relates to anything beyond a good literary image. However, there are a few things I see consistently whenever a volcanic crisis emerges and I wanted to tackle these myths of volcanoes. I'm sure there are more out there, but these are the ones that really bug me.

These last two (well, three) to are related to how volcanoes interact with the Earth's climate. Every time there is even the potential of a moderate eruption, lots of the media coverage refers to the times that a very large eruption had some impact on the global climate. The best recent example would be the "Year without a Summer" in 1816 after the 1815 eruption of Tambora. Those are the exceptions to the rule. Even some of the largest recent eruptions like the 1991 eruption of Pinatubo or the 1982 eruption of El Chichón really only perturbed the global climate by fractions of a degree. It takes a very large eruption that sends material into the stratosphere to really impact climate.

So, rest easier about volcanoes. They can be very hazardous, but a lot of the hype is just that: hype.