Burned at the Stake for Believing in Science

The life and work — and unorthodox beliefs — of Italian philosopher Giordano Bruno. 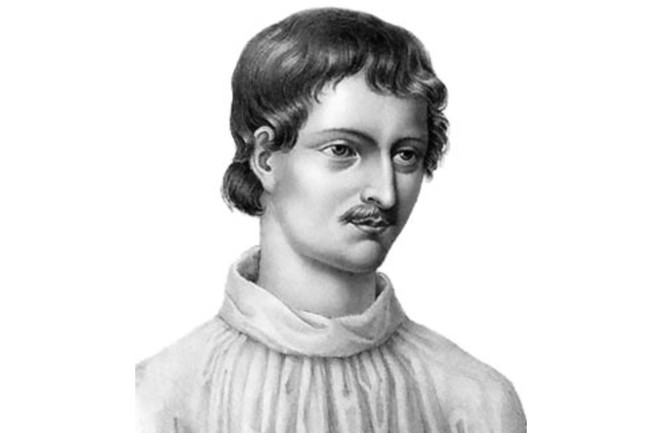 The 16th-century Italian philosopher (and former Catholic priest) Giordano Bruno was burned at the stake for a stubborn adherence to his then unorthodox beliefs — including the ideas that the universe is infinite and that other solar systems exist. Art historian Ingrid Rowland vividly recounts Bruno’s journey through a quickly changing Reformation-era Europe, where he managed to stir up controversy at every turn. Having a habit of calling schoolmasters “asses,” Bruno was jailed in Geneva for slandering his professor after publishing a broadsheet listing 20 mistakes the man had made in a single lecture.

Bruno’s adventures in free thought ended when the Roman Inquisition declared him “an impenitent, pertinacious, and obstinate heretic,” to which he characteristically replied, “You may be more afraid to bring that sentence against me than I am to accept it.” In 1600 the inquisitors stripped Bruno naked, bound his tongue, and burned him alive. At least his universe survived.