Born to Die: How Life on Earth May Have Started With a Dose of Poison

Before there was oxygen on Earth, there was cyanide. Here’s a look at how a poisonous gas may have been a key ingredient to the birth of life on our planet. 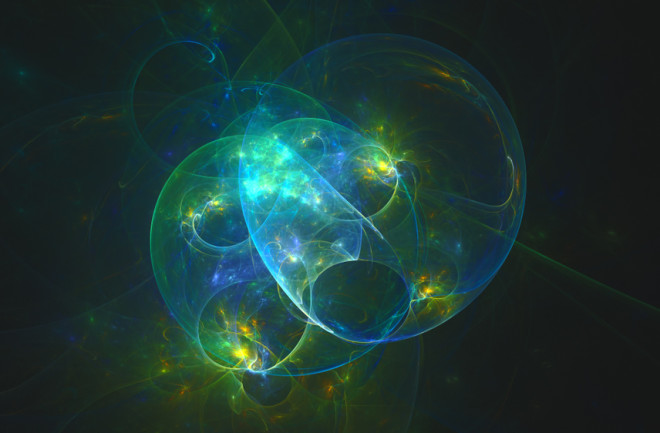 Ah, the origin of life — a topic that has given rise to endless debates and headaches for scientists and researchers. While the scientific puzzle remains yet to be solved, we can agree that the world as we know it looked a lot different upon its birth 4.5 billion years ago, and so did the components that make it up. Oxygen, a key element to the survival of life today, didn’t accumulate in the atmosphere until about 2.33 billion years ago.

So what exactly comprised the atmosphere of early Earth? Ironically, cyanide, a fatally poisonous substance, may have been a key building block of early life on Earth. Cyanide has been widely considered an important component in the primordial soup, a solution of organic compounds responsible for the origin of life.

A recent study in Nature Chemistry led by chemists at Scripps Research gives us a closer look at how early life may have survived poisonous conditions on Earth and how other planets with similar conditions might be able to sustain life today.

You may recognize cyanide as the suicide pill that captured spies take in some thrillers. In reality, the fast-acting poison has many chemical forms and a rather long history. Found in numerous plants, the substance can be extremely poisonous whether it is inhaled as a gas, ingested in powder form or absorbed through topical exposure.

Cyanide first earned its reputation as a warfare agent in the Franco-Prussian War with Napoleon III in 1870. From then on, the chemical became a lethal, effective weapon in numerous wars, including both of the World Wars. Yet, despite all of this association with poison and death, hydrogen cyanide (cyanide in gas form) is suspected to have played a major role in the primordial soup of life. How’s this possible? The answer is less complex than you might expect.

Ramanarayanan Krishnamurthy, a chemist at Scripps Research Institute in California, gave Discover a quick science refresher. He theorizes that earlier forms of life may have been able to endure cyanide simply because they had different chemistries than us and other living things today. This means that what may be poisonous to us today, was not poisonous to early life on Earth.

Think of it this way: For humans, oxygen is not poisonous, explains Krishnamurthy. For us, carbon dioxide (CO2) is poisonous. Yet for plants and certain animals that live with different types of chemistry, CO2 is their source of energy and not oxygen. “So, we can extrapolate from this that there were earlier forms of life that survived on cyanide, just like earlier forms of life survived on carbon dioxide before oxygen came along,”  he says.

When oxygen did form in Earth’s atmosphere, life that could not adapt to oxygen died off because oxygen was poisonous to it. Life that could adapt to oxygen or come up with oxygenic photosynthesis continued to thrive and evolve. Early forms of life dependent on cyanide may have a similar story, says Krishnamurthy. Early life that used the poisonous chemical compound as their source of energy could have either adapted to a different building block once cyanide ran out, or they simply died off.

Krishnamurthy and a team of chemists at Scripps Research carried out an in-depth study which essentially replicated the molecules of early Earth and included cyanide in the mixture. An important feature in their experiment included the “reductive tricarboxylic acid cycle,” or r-TCA.

Essentially, what you need to know about the complex biological process is that it utilizes proteins to form compounds that are necessary for life today. Only, there was one tiny problem with r-TCA back in the day. Remember how oxygen wasn’t present in early Earth? Neither were the proteins necessary for the r-TCA cycle to run. This is why Krishnamurthy and his team ran their experiment using cyanide. They mimicked an alternative cycle that could have comprised life’s initial compounds. The results of the experiment indicated that the molecules followed a similar path as r-TCA would today.

While the detailed experiment does give us a peek into the Earth’s atmosphere 4.5 billion years ago, dozens of questions behind the origin of life still remain. Did life on Earth really start with a dose of poison? Krishnamurthy speculates that to tackle such a scientific mystery, we must forget what life is and imagine ourselves on early Earth 4.5 billion years ago. Hint: Picture comets, volcanoes spewing and no signs of human life. “We have to work with whatever chemistry happens at that particular time,” says Krishnamurthy.

The science of the origin of life is constantly evolving. As new research floods in, we add a new piece to the puzzle. The rest remains to be solved.