A new theory may explain the notorious cold fusion experiment from two decades ago, reigniting hopes of a clean-energy breakthrough. 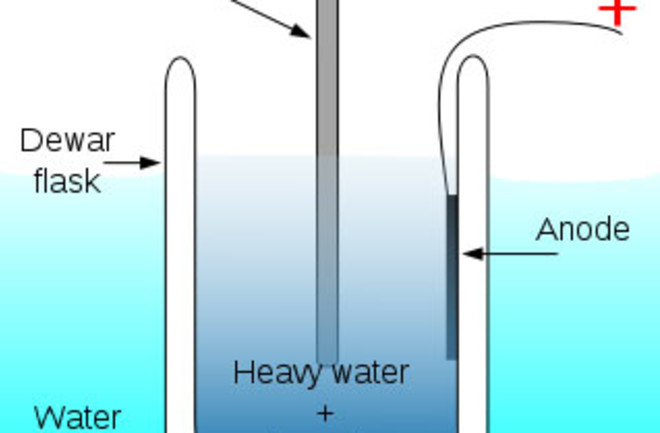 In 1989 Stanley Pons and Martin Fleischmann made a sensational claim that would have changed the world—had it been true. They said they had achieved nuclear fusion at room temperature using a simple tabletop device, thus creating a revolutionary clean energy source they called “cold fusion.”

Unfortunately for the University of Utah chemists, multiple attempts to replicate their experiment over ensuing months failed. Cold fusion was considered debunked, and it has lived beyond the fringe of mainstream science ever since.

Yet quietly, more than 20 years later, two of the world’s largest mainstream scientific institutions—NASA and the European physics research center CERN—have revisited the controversial energy-generating experiment. A growing cadre of scientists now suspect that Pons and Fleischmann’s observations were the result not of fusion but of more plausible physical processes. Some are even cautiously optimistic that those processes could be exploited to generate abundant amounts of clean energy. “There’s enough evidence that says we need to look at this,” says Joseph Zawodny, a physicist at NASA’s Langley Research Center in Virginia.

The man most responsible for the change of thinking is a technology and energy consultant with a background in physics named Lewis Larsen. In 1989 he was paying attention when Pons and Fleischmann described how a set of palladium rods, connected to an electric current and immersed in lithium-enriched water, churned out more energy in the form of heat than it received in electricity. He followed along as subsequent experiments achieved mixed results. Some seemed to produce a lot of heat, others little or none. Yet a nagging question persisted: If the contraptions really were putting out more energy than they took in, what could be responsible?

Pons and Fleischmann’s infamous explanation was that hydrogen nuclei were fusing inside the metal rods. Larsen, along with virtually every physicist on the planet, knew that was implausible: Fusion requires enormous temperatures and pressures, which is why it occurs only in stars and bombs. But the heat seemed real, at least in some cases. So in 1997, when hedge fund executives asked Larsen to explore wild-card ideas for energy production, he decided to investigate the cold fusion mystery using only established physics.

Cold, Yes, But Not Fusion

Sifting through physics literature, Larsen considered other nuclear reactions that could subtly produce energy. One candidate was radioactive decay, which occurs when unstable atomic nuclei release energy in the form of radiation. Some elements found in nature, like radium, undergo this decay. Could something in the cold fusion apparatus be doing much the same? Larsen formulated a theory showing how that could happen, and in 2004 he recruited Northeastern University theoretical physicist Allan Widom to hone his ideas.

Their theory showed how a film of negatively charged electrons covering the palladium could combine with positively charged protons from the water’s hydrogen atoms to form neutrons. Those neutrons could then be gobbled up by nearby lithium nuclei, disturbing the delicate balance of protons and neutrons that keep the nuclei stable. The lithium nuclei would rapidly decay, first into beryllium and then into helium, and emit radiation. Finally, the film of electrons would absorb the radiation and reemit it as heat. Widom and Larsen called this chain of events a low-energy nuclear reaction, or LENR—a more accurate and palatable term than cold fusion. The European Physical Journal C published their theory in 2006.

The paper did not make a splash at first. By then, scores of wild-eyed papers had claimed to explain cold fusion. Yet Widom-Larsen theory had more going for it. For one, it had the authority of a respected theorist in Widom. It also had the ring of plausibility: It proposed a phenomenon permitted by the known laws of physics, no new science required. “Widom-Larsen theory is the best formulated explanation of what’s going on,” says Ephraim Fischbach, a Purdue University physicist who is not involved in LENR research.

In addition, Widom and Larsen theorized that the same neutron production process could happen in nature. Recently, scientists found one piece of supporting evidence for that. In March a study in Physical Review Letters described a large flux of neutrons during thunderstorms—perhaps, Larsen says, the result of LENRs in the atmosphere sparked by electricity from lightning.

As the Widom-Larsen theory gains traction, more physicists are emerging to put it to the test. In March, Yogendra Srivastava from the University of Perugia in Italy, who worked with Widom and Larsen on their theory, chaired a LENR-themed colloquium at CERN—the institution’s first official examination of “cold fusion” in more than two decades. Soon after, NASA released details on a $200,000-a-year research program on LENRs, led by Zawodny. “The theory made it past peer review in a real journal,” he says. “But I’m always skeptical. I only believe what I can prove.”

Zawodny has designed a stamp-size array of metal tiles to test the theory. According to Larsen’s paper, the properties of some of the tiles should make it easier for electrons and protons to merge and form neutrons. If Zawodny observes evidence of neutron production, then he plans to do a follow-up experiment to see if those neutrons are fueling radioactive decay. Even if he gets the expected results, though, it would take several years and many corroborating experiments before LENRs could be considered confirmed.

Larsen, who formed the company Lattice Energy in 2001 as he was formulating his theory, has his eyes on the big prize: converting nuclear-generated heat into electricity, the unfulfilled original promise of cold fusion. He hopes to raise $25 million over the next few years to build prototype LENR generators.

So far, Larsen still has only a theory and some circumstantial evidence. But if LENRs could be proved and tamed—a very big if—the effect could be transformative. Dennis Bushnell, chief scientist at NASA Langley, wrote in an online article that LENRs could potentially satisfy the world’s energy needs at a quarter the cost of coal. Zawodny adds to that enthusiasm in an accompanying video. “If we were to have such a thing,” he says, “it would be the sort of technology that would fuel our future growth and expansion and have the ability to raise the standard of living of the entire world.”

Nuclear Warfare’s Past, Present and Future