Be Extraordinarily Cautious About the Newest Alien Claim 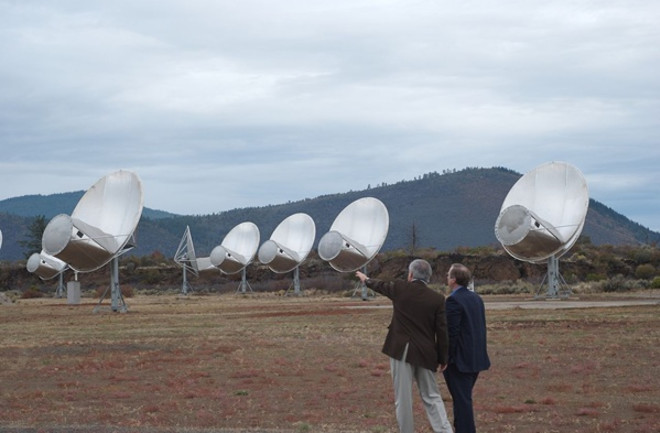 (Credit: Colby Gutierrez-Kraybill / Wikimedia Commons) The slightest whiff of aliens is enough to send the public into a frenzy. There have been quiet rumblings after a pre-print paper was released on ArXiv from two French-Canadian researchers who interpreted certain sky signal data to be possibly of intelligent extraterrestrial origin. According to their research, it’s not just one star candidate. There are several, all coming from data in the Sloan Digital Sky Survey. These stars experienced rapid bursts of light that, to some researchers, would be the calling card of an intelligent civilization turning on an optical (rather than radio) beacon. There’s something quite tantalizing about the conclusion, “We find that the detected signals have exactly the shape of an ETI signal predicted in the previous publication and are therefore in agreement with this hypothesis,” and the paper has been accepted into Publications of the Astronomical Society of the Pacific.

But about that whiff ... hold your nose on this one for now. “Apparently several — more than three or four — referees have been disinclined to see this published,” Seth Shostak, senior astronomer at the SETI Institute says in an email. “I am quite skeptical, in particular of the data processing that can take spectrally sampled data, and infer time variations. So I’d be a little careful.” Similarly, Andrew Siemion, director of SETI Berkeley, urged skepticism. Along with heading up SETI Berkeley, Siemion heads up the Breakthrough Listen initiative, a global $100 million decade long survey to hunt for potential extraterrestrial signals using dedicated telescope time. “Punch line is that this is interesting but needs to be followed up on other facilities, which we will be doing with Breakthrough Listen,” he says in an email. Breakthrough Listen also released a statement:

The one in 10,000 objects with unusual spectra seen by Borra and Trottier are certainly worthy of additional study. However, extraordinary claims require extraordinary evidence. It is too early to unequivocally attribute these purported signals to the activities of extraterrestrial civilizations. Internationally agreed-upon protocols for searches for evidence of advanced life beyond Earth (SETI) require candidates to be confirmed by independent groups using their own telescopes, and for all natural explanations to be exhausted before invoking extraterrestrial agents as an explanation. Careful work must be undertaken to determine false positive rates, to rule out natural and instrumental explanations, and most importantly, to confirm detections using two or more independent telescopes. Peaks in Fourier analysis of stellar spectra, such as those discussed by Borra and Trottier, can be caused by instrumental optics or introduced during data reduction. Data artifacts, fringing, and inconsistencies in the manufacture of detectors are known to users of high resolution spectrographs to cause minute patterns to appear in the resulting spectra. The movement of the telescope, variations in observing conditions, and the process of wavelength calibration can easily introduce undesired signals at levels that are only barely detectable. It is therefore important to check the claimed signal using a different telescope and instrument.

What Could Help Verify?

The statement goes on to say that on a 10 point scale used by international SETI researchers when ranking potential signals called the Rio Scale, this barely rises above a 0 rating, listed as "insignificant." What would be needed to see that rank climb? Independent verification by another telescope would go a long way to, at the very least, notching it up a little more on the scale. Some of those will be carried out by instruments utilized by the Breakthrough Listen consortium, which includes several stakeholders in the field. The group will use the Automated Planet Finder to target a handful of stars to see if any similar "beacons" appear — something that, while not ruled out, isn't seeming likely. Like everything — promising signals, megastructures, Mars rocks, whatever else — it's too early to tell if this is anything. And so far, it's looking incredibly unlikely.