Hubble Reveals the Tendril-Like Arms of This Barred Spiral Galaxy

A barred spiral galaxy shines in a recent Hubble photo. 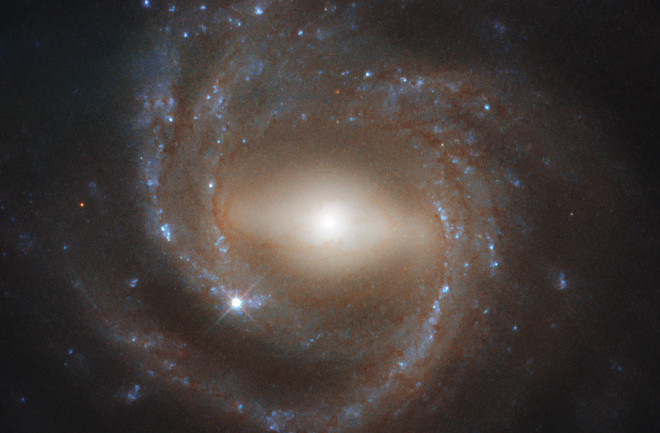 NGC 7773, captured here in a recent Hubble Space Telescope photo, might just be the ideal example of what astronomers call a barred spiral galaxy. Its tendril-like arms spiral out from the center, a star-filled rectangular smudge, or “bar.” Astronomers have observed these central features more often in older galaxies (like our own Milky Way) than in younger ones, so they suspect the formations develop as the star systems age. Over time, the gaseous materials that create stars migrate in from the spirals and converge in the central bar, powering new stellar birth.

[This story originally appeared in print as "Bar Exam."]