Atheists and apostates: similarities and differences

A personal experience of mine is that many apostates from religion have...issues. On the other hand, people who were raised, or always were, atheists tend to mostly be almost confused by religion. But I was curious as to possible differences between these two groups, and those believe in God, or were unbelievers and now believed in God. So I decided to check the GSS. Here's the bottom line for the GODCHNG variable: 64 DON'T BELIEVE NOW, NEVER HAVE 116 DON'T BELIEVE NOW, USED TO 174 BELIEVE NOW, DIDN'T USED TO 2,610 BELIEVE NOW, ALWAYS HAVE In the tables below you read from left to right, those who are atheists, always were, to those who are atheists, weren't always, those who are theists, weren't always, and those who are theists and were always. Two points 1) I'm surprised at how step-wise some of the trends are. Look at the proportions for sex for example. 2) There are some data which suggest that those who leave religion experience stressed relationships with their family. See the data for time spent with family. 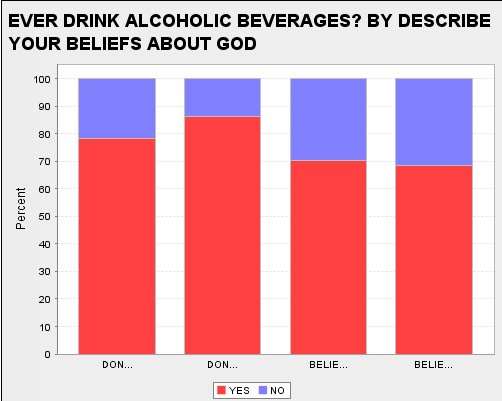 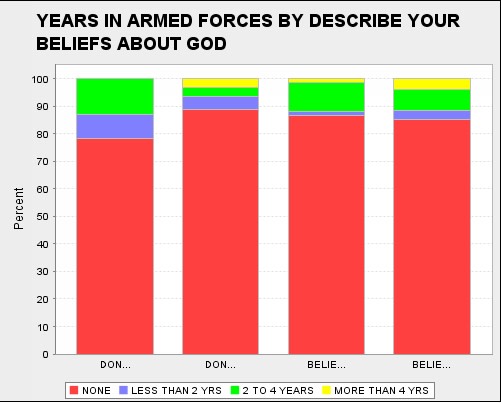 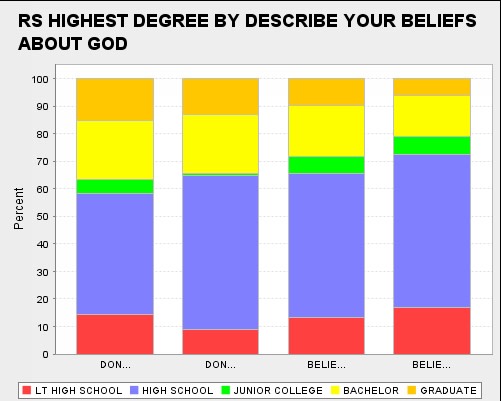 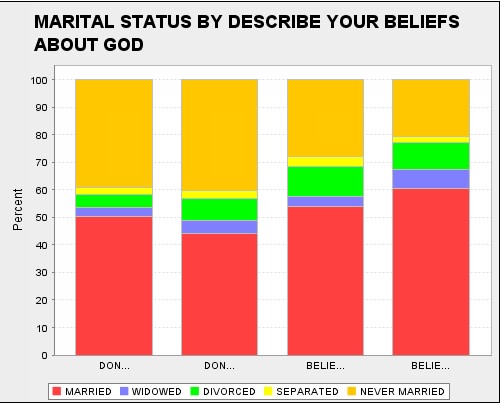 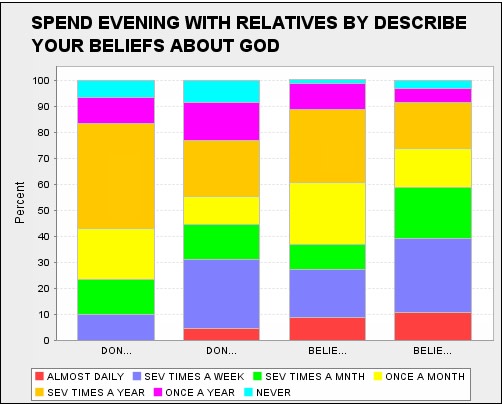 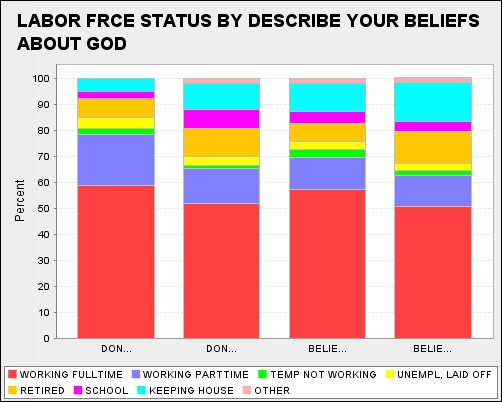 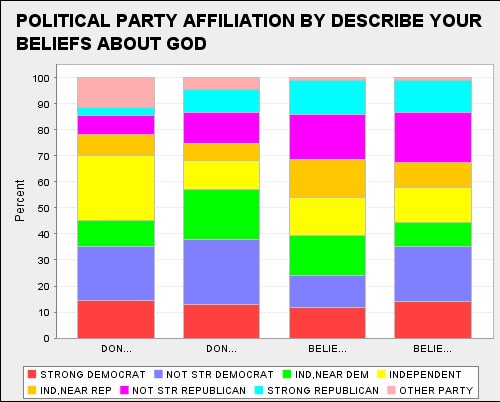 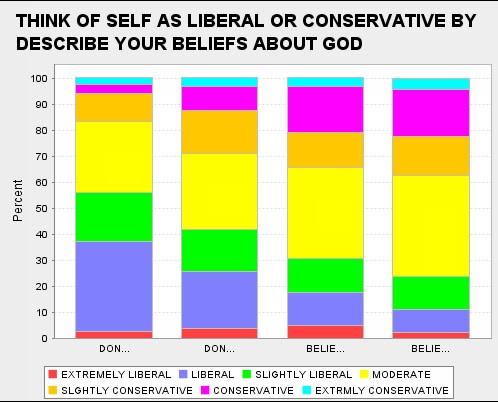 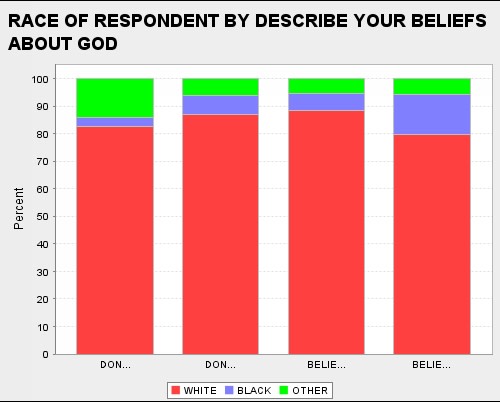 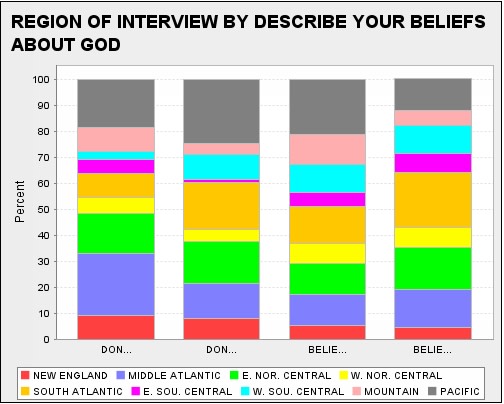 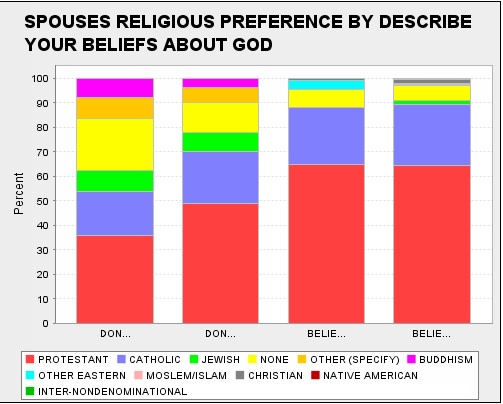 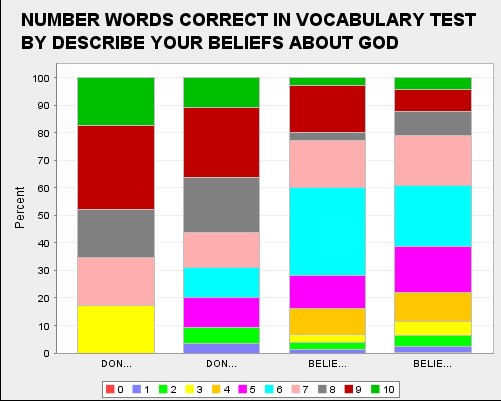