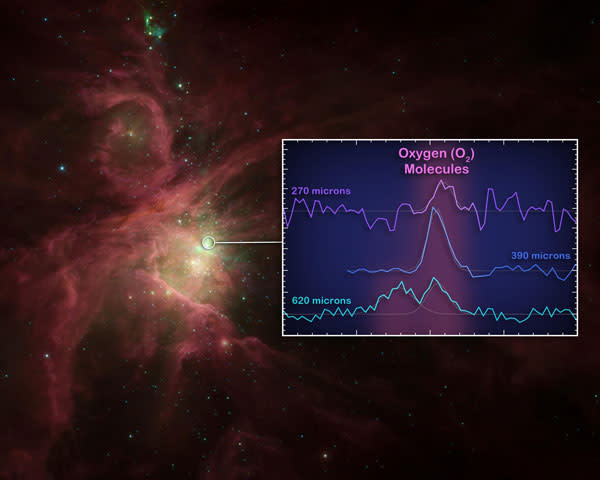 What’s the News: For the first time, astronomers have found molecular oxygen, which makes up about 20 percent of our air on Earth, in space. Using the large telescope aboard the Herschel Space Observatory

, a team of researchers from the European Space Agency and NASA detected the simple molecule

in a star-forming region of the Orion Nebula

, located about 1,500 light-years from Earth. This takes astronomers one step closer to discovering where all of the oxygen in space is hiding. What’s the Context:

The Future Holds: The researchers are now going to inspect other star-forming regions, in hopes of finding more of the elusive molecule. “We didn't find large amounts of [O2], and still don't understand what is so special about the spots where we find it,” Paul Goldsmith, NASA's Herschel project scientist, said in a prepared statement

. “The universe still holds many secrets.” [via LiveScience