These giant, ocean worlds are likely to be significantly more abundant than Earth-like exoplanets. 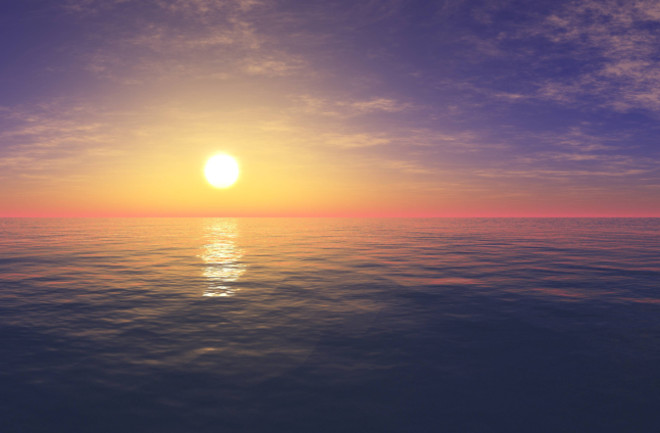 In the search for potentially habitable worlds, astronomers have focused on Earth-like planets orbiting Sun-like stars. These rocky worlds have a similar radius and mass to Earth and must be warm enough to allow liquid water to exist on the surface.

But although astronomers have found a number of promising candidates—for example Trappist-1d or Proxima Centauri b, which both orbit nearby stars-- the necessary conditions are stringent and this significantly limits their number.

Now Nikku Madhusudhan and colleagues at the University of Cambridge in the UK have identified an entirely new class of habitable planets that are likely to be considerably more abundant than Earth-like planets, and much easier to study.

These new candidates are ocean worlds significantly larger than Earth but smaller than Neptune and enveloped in a hydrogen-rich atmosphere. Crucially, they must have a temperature at their surface that allows liquid water to flow, so in this respect they are like Earth.

Madhusudhan and colleagues call these worlds "Hycean", a portmanteau from the words hydrogen and ocean. They say these worlds can have a radius up to 2.6 that of Earth’s and be up to ten times as massive. That’s significantly larger than any planets previously considered habitable.

That’s partly because the equilibrium temperature on these planets can be as high as 500 Kelvin, much higher than for terrestrial planets. Under these conditions, liquid water could exist if the planet were tidally locked with the same side always facing the sun. In that case, one half of the planet would be too hot to support life while the other could be temperate.

Another reason for the much broader zone is that “cold” Hycean worlds could support liquid water by virtue of their internal heating. Such planets would require little or no radiation from the parent star and so could orbit at vast distances. “Our results show that the [habitable zone] for Hycean planets is considerably wider than the terrestrial [habitable zone],” they say.

Should these planets support life, an important question is whether they would display measurable biosignatures. Madhusudhan and colleagues investigate this question in detail and say that the main biosignatures on Earth, such as oxygen, ozone and methane, are likely to be produced on Hycean worlds by processes unrelated to life. So they cannot be considered biosignatures on these worlds.

However, metabolic processes on Earth produce a number of secondary compounds that are likely to be more easily detected in hydrogen rich atmospheres. These include dimethysulfide (DMS), dimethyldisulfide (DMDS), methanethiol (CH3SH), and carbonylsulfide (OCS).

What’s more, because Hycean worlds are larger than terrestrial-like planets, they should be easier to study. Astronomers have already spotted a number of candidates, such as K2-18 b, an exoworld with a mass about 8 times that of Earth which orbits a red dwarf some 124 lightyears away. This planet has already been earmarked for study by the James Webb Space Telescope, Hubble’s replacement which is due for launch later this year.

Madhusudhan and colleagues say that this investigation is promising. ”We predict that the approved Cycle 1 JWST observations of K2-18 b, a candidate Hycean planet, will be able to detect these biomarkers if present at the quantities considered in this work,” they say.

So if K2-18 b and other Hycean worlds display biosignatures, we may see the first signs of life elsewhere in the Universe in the next few years. Fingers crossed for an uneventful launch of James Webb Space Telescope in the coming months.