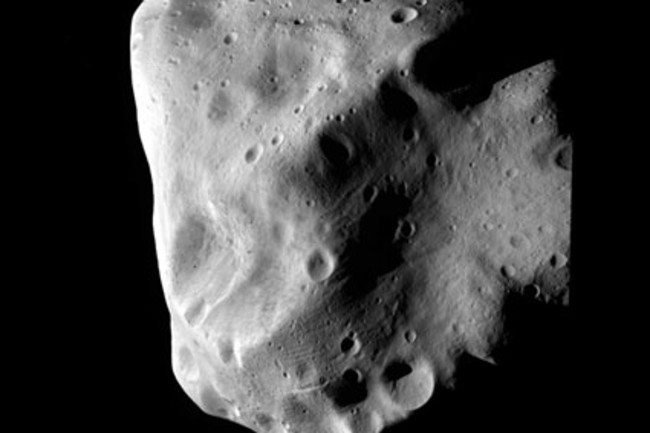 On Saturday, the European Space Agency's Rosetta probe took the world's closest pictures of the 80- by 50-mile-wide asteroid known as 21 Lutetia. Though the Lutetia visit is just a stop on the way to Rosetta's real destination--a 2014 visit to the comet 67P/Churyumov-Gerasimenko--Saturday's pictures document the closest visit to this big asteroid, the largest we've ever visited with a spacecraft. We've known about Lutetia for quite a while: since 1852, according to Sky and Telescope. In November of that year, Hermann Goldschmidt spotted the space rock from his Paris balcony. The asteroid is now around 280 million miles from the Sun. From only 2,000 miles away, Rosetta got a much closer look at Lutetia, whipping around it at about 10 miles per second (30,000 miles per hour) as its OSIRIS camera snapped pictures recording details down to a few dozen meters.

"The fly-by has been a spectacular success with Rosetta performing fautlessly," ESA said in a statement. "Just 24 hours ago, Lutetia was a distant stranger. Now, thanks to Rosetta, it has become a close friend." [AFP] 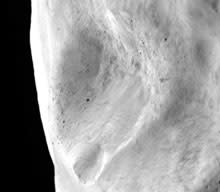 Lutetia is an old chunk of rock, possibly dating back to the solar system's birth. The big guy is also rather dense; as reported by Sky and Telescope, it has a mean density of about 5½ g/cm^3—"nearly twice that of ordinary rock." Some experts suspect it is an M-type asteroid, meaning it's made out of metal. Rosetta will now go back into hibernation mode as it prepares for its rendezvous with comet 67P four years from now. If all goes well, it will snag 67P with a pair of "harpoons" and coast along on a comet ride.

[I]t'll enter orbit around the comet's core, and drop a landing vehicle to try and find out more about its composition, firing a pair of harpoons into its surface during its descent to keep it attached and stop it from bouncing off. It'll then accompany the comet as it approaches the Sun, before ending its mission in 2015. [Wired]