As New Telescopes Prepare to Fly Into Orbit, Hubble Still Has a Big Role to Play

Upcoming telescopes like the James Webb Space Telescope will work together with the iconic observatory to find new and amazing images. 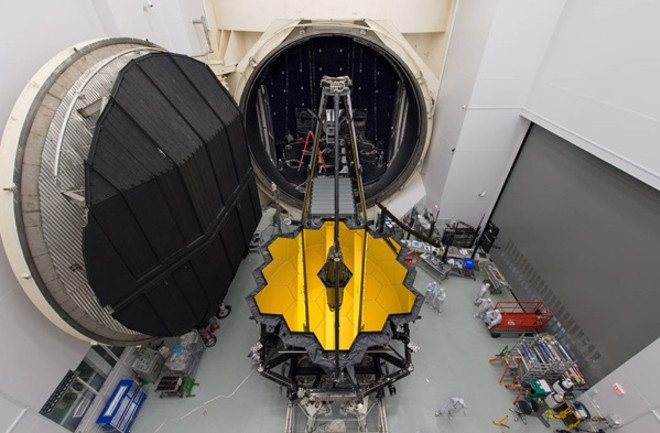 The James Webb Space Telescope will not be Hubble's successor, but instead, will work along the the famous space telescope when it launches in March 2021. (Credit: NASA)

The Hubble Space Telescope is like a time machine. That's according to astronomer Garth Illingworth, who recently spoke at the 235th Meeting of the American Astronomical Society (AAS) in Honolulu, Hawaii.

Even those unfamiliar with the world of astronomy have a general idea of how vital the orbiting Hubble Space Telescope is. Since its launch in 1990, astronomers have used Hubble to help explore the early universe, discover how planets are formed, capture some of the most impressive images of the cosmos and much, much more.

But in the upcoming years, two new space-based telescopes will blast off from Earth before likewise setting their sights on the far away (and thus long ago) universe. These telescopes aren’t meant to entirely replace the aging Hubble, but instead, work alongside it.

We’re All In This Together

Two additional flying time machines — The James Webb Space Telescope (JWST), which is scheduled to launch in March 2021, and the Wide Field Infrared Survey Telescope (WFIRST), expected to launch around 2025 — will join Hubble in its quest to study the cosmos from space.

Many assume these newer telescopes are meant to completely replace Hubble, but NASA’s plan is to keep Hubble running as long as possible. That way, it can team up with the new telescopes on joint missions.

“Will JWST lessen interest in Hubble?” Illingworth pondered during the workshop at AAS. “Not in my view.”

Hubble has the ability to observe the universe in ultraviolet, visible, and near-infrared light, making it a critical part of the observing equation for astronomers. But because the new telescopes have different capabilities than Hubble, the science that they’ll be able to produce while working together will be more comprehensive than possible with just a single telescope.

Working with other telescopes isn’t new for Hubble. Throughout the years, Hubble, the Spitzer Space Telescope, and many ground-based observatories have been studying certain areas of our universe collectively. But Spitzer is planned to be deactivated at the end of January 2020, leaving Hubble with one less partner to team up with.

Hubble has at least a few years left, but eventually its time studying the sky will end. And when that time comes, NASA will safely deorbit the telescope.

According to Hubble Team Member Jennifer Wiseman, who spoke at AAS, Hubble will continue to have NASA’s support until it’s no longer producing science. But exactly when Hubble will be forced into retirement is a question that’s still up in the air. Maybe if we had a real time machine, we’d already know the answer.