Update: Turns out there's more to this story. Go see Universe Today for the scoop.

The first major flight hardware for the Ares-1 rocket arrived via barge at Kennedy Space Center this week. It's an upper stage simulator, basically a shell with the same size and weight of an actual second stage. It'll be mated with a lower stage and launched to test out the system. 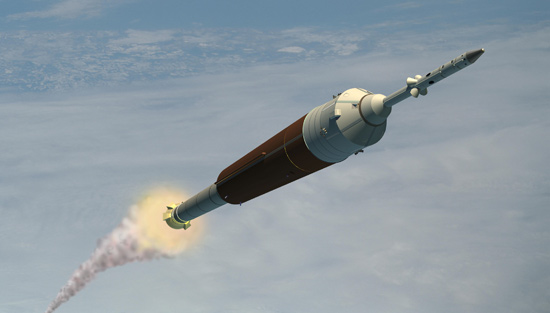 I was amazed to see that test launch is scheduled for July 12 of next year! Then I had to smile: I keep thinking of Ares (and the Shuttle retirement) as happening some time in the nebulous future, but in fact the Shuttle retires in just a year and a half from now. And so Ares test flights need to start soon, the sooner the better. Somehow all this slipped away from my conscious mind. The Shuttle has been flying since 1981, most of my life (I remember the first launch of Columbia, back when I was in high school). It's hard to imagine that it all ends so soon. But I'm glad NASA is getting their act together on this. Both Presidential candidates -- and I only need to write it that way until the end of the day, phew! -- have promised extra cash for NASA to help get Ares on track, and I think in the end that's a good thing. <font size="-2"Drawing of Ares-1 rocket courtesy NASA.

There's Not Enough Data on How Women Deal With Endometriosis. These Scientists are Changing That