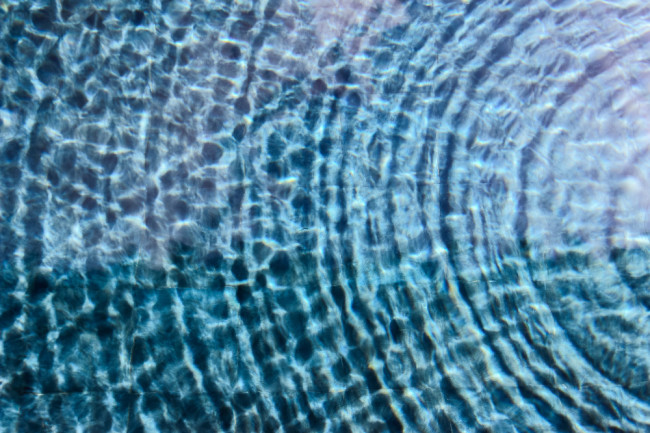 (Credit: stigmatize/Shutterstock) (Inside Science) -- One of the strangest things about quantum mechanics is that a particle can act like a wave. In particular, in a double-slit experiment, individual particles that are shot through a pair of slits create a pattern as if they each went through both slits simultaneously and interfered with themselves. Researchers have now shown for the first time that antimatter behaves in the same unintuitive way. Antimatter particles correspond to the regular particles that we are used to, such as protons and electrons, but with the opposite electrical charge and magnetic properties. But when antimatter and matter meet, they both disappear in a flash of energy, which makes antimatter rare and difficult to study. A new experiment uses positrons -- the antimatter counterpart of electrons -- to create a situation similar to a traditional double-slit experiment. While scientists have been able to see the quantum interference of electrons for decades, this is the first time they have been able to observe it for antimatter. They present their results in an article published today in the journal Scientific Advances. The researchers used positrons that were emitted by a radioactive material and then accelerated and formed into a beam. Instead of traveling through just two slits, as in the classic experiment, the beam went through two sequential gratings with different spacing between the slits. This setup helped magnify the effects the researchers needed to measure. The positrons that survived the trip hit a detector, where they formed an interference pattern. The difference in how many positrons were detected in the high and low points of the pattern depended on the particles’ energy. When the researchers analyzed this dependence, they were able to show that the pattern must have come from the positrons behaving like waves. Since, on average, fewer than one positron should have been travelling through the gratings at any time, the researchers also note that the interference pattern must have come from the individual particles interfering with themselves. Researchers believe that more experiments like this will open new windows on the behavior of antimatter, including how gravity affects it. While Einstein’s theory of relativity predicts that gravity will affect antimatter in the same way it affects matter, other theories propose differences. [This article originally appeared on Inside Science.]