Ancient Earth's Atmosphere May Have Been Over 70 Percent Carbon Dioxide

Micrometeorites billions of years old provide a unique glimpse at our planet's atmospheric past. 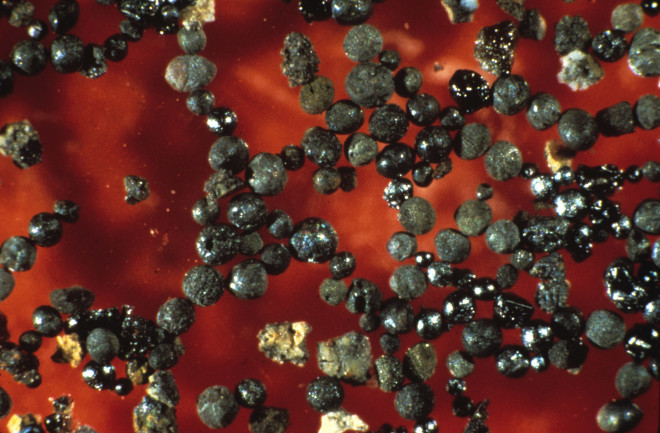 It’s hard to know what Earth’s atmosphere was like billions of years ago, but scientists are beginning to figure it out.

Based on the chemical properties of tiny micrometeorites that fell to Earth 2.7 billion years ago, a team of researchers says that the planet’s atmosphere was likely chock-full of carbon dioxide back then. From their models, the researchers estimate that carbon dioxide made up anywhere from 6 percent to more than 70 percent of our ancient atmosphere. By comparison, our atmosphere today is 0.04 percent carbon dioxide.

The researchers reported their findings in a paper published Jan. 22 in Science Advances.

From rock records, scientists know there wasn’t much oxygen at Earth’s surface during the Archean Eon, a period stretching from 4 billion to 2.5 billion years ago. Researchers think there were probably a lot of greenhouse gases, like carbon dioxide or methane, on Earth around this time. But they don’t know which ones or how much.

“It’s really hard,” said Owen Lehmer, a University of Washington researcher and an author of the new paper. “There’s very few things that record atmospheric composition that we can find today.”

But a few years ago, scientists found micrometeorites — rocky or metallic particles the size of sand grains — that had fallen to Earth some 2.7 billion years back, making them the oldest micrometeorites yet found. As the micrometeorites hurtled through the atmosphere toward Earth, they would have heated up, melted and interacted with gases in the atmosphere, potentially preserving a record of what was there at the time.

The micrometeorites contained a lot of iron, some of which had turned into a compound called wüstite that can form when iron interacts with oxygen. Wüstite can’t form on Earth’s surface, so the micrometeorites must have encountered oxygen while they fell through the atmosphere — if not as oxygen gas, then maybe as carbon dioxide.

To pin down a more precise number for just how much carbon dioxide was in Earth’s atmosphere around this time, Lehmer said, they’d need more micrometeorites to compare their models to.