Ancient Babylonian Astronomers Were Way Ahead of Their Time 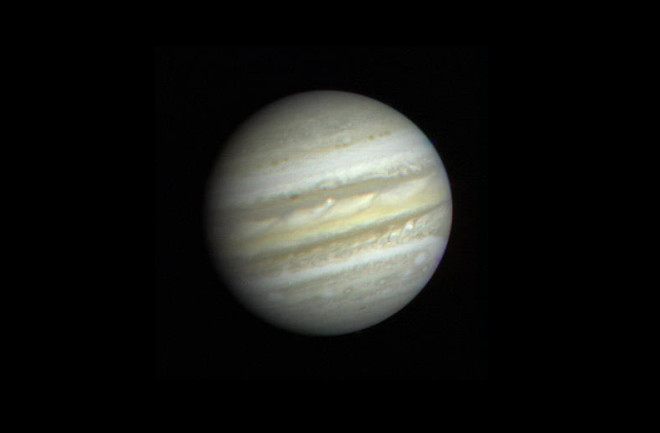 According to a newly translated cuneiform tablet, ancient Babylonian astronomers were the first to use surprisingly modern methods to track the path of Jupiter.

The purpose of four ancient Babylonian tablets at the British Museum has long been a historical mystery, but now it turns out that they describe a method that uses figures on a graph to calculate the motion of Jupiter. It’s a technique that historians previously thought no one came up with until medieval Europe, and it’s a staple of modern astronomy, physics and math.

Because they’re so far away, the position of the stars doesn’t change much from our point of view, even as Earth moves around the sun. Planets, however, are much closer, so changes in relative position are more apparent. That’s why, throughout the year, the visible planets seem to move against the background of the stars.

According to the method described in four of the tablets, Babylonian astronomers plotted a 60-day portion of Jupiter’s wandering path across the sky on a graph, with time plotted on one axis and velocity — how many degrees Jupiter’s path shifted each day — on the other. The figure on the resulting graph described looks like a trapezoid, and the area of that trapezoid is the total distance Jupiter travels in 60 days.

None of the four tablets actually show the trapezoid graph, but their text describes it in detail, from the method of plotting to the length of each of the trapezoid’s sides. It’s a bit like a geometry textbook with the actual figures missing, but the method described would be familiar to any 21st century physicist.

“Anyone who studies physics or math is familiar with graphs of velocity against time, and they’re familiar with integral calculus, where you compute areas under curves — you compute areas under figures — and if you do that with velocity against time, you get distance traveled by the body,” says astronomical historian Mathieu Ossendrijver. “In modern physics, it’s really unthinkable not to have this method of having integral calculus. It’s just so central to modern physics and modern math.”

It has taken 150 years for modern scholars to realize that these four tablets were actually about astronomy. It took a fifth tablet, which Ossendrijver calls “tablet A,” to solve the mystery. Tablet A describes a set of arithmetic calculations to chart Jupiter’s movement, but it uses the same numbers and produces the same results as the trapezoid method discussed in the other four tablets. Ossendrijver realized that the tablets were describing the same calculation, done in two different ways.

This ancient Babylonian cuneiform tablet describes a surprisingly modern method to track the path of Jupiter. Babylonian astronomers plotted a 60-day portion of Jupiter’s wandering path across the sky on a graph, with time plotted on one axis and how many degrees Jupiter’s path shifted each day on the other. The figure on the resulting graph described looks like a trapezoid, and the area of that trapezoid is the total amount Jupiter moved over 60 days. (Credit: Trustees of the British Museum/Mathieu Ossendrijver)

Tablet A. (Credit: Trustees of the British Museum/Mathieu Ossendrijver)

“If you think of this in modern terms, and if you plot this in the modern way, then you get a trapezoid, and you get exactly the trapezoid that’s talked about on the other tablets, so this is how I was able to crack these other tablets,” he said.

The ancient Greeks also used geometry to compute the movement of stars and planets, but in a much more concrete way; for instance, if a Greek astronomer wanted to plot the orbit of a planet, he drew a circle. Using figures on graphs is much more abstract thinking.

“We’ve got a figure that is defined in abstract mathematical space. On the one axis you have time, on the other axis you have velocity, and that’s really new,” said Ossendrijver. He published his work Thursday in the journal Science.

Jupiter’s path would have been quite important to Babylonian astronomers. Ancient Babylonia revered dozens of major and minor gods, but by 350 BCE, the supreme god of them all was Marduk, whose temple stood in the city of Babylon, and Jupiter was Marduk’s sacred star.

One big question remains: Was this method common in Babylonian astronomy, or were these tablets the work of a few forward-thinking geniuses? There are about 4,000 to 5,000 other astronomical texts among the Babylonian tablets at the British Museum, and so far none of them have mentioned using geometry or graphs to do astronomical computation, but many other tablets still haven’t been translated.

In fact, modern researchers don’t even know exactly where the tablets came from. They were shipped en masse to the British Museum from Iraq during the late 1800s, at a time when archaeology was mostly about treasure hunting rather than science. No one at the time bothered to record whether the tablets had been found in the ruins of a temple, a government building or a Babylonian scholar’s private library. It’s impossible to know who used these astronomical calculations, or for what purpose.

When Babylonian culture faded away around 100 AD, some of its astronomical knowledge survived among the scholars of Greece, but the trapezoid method was lost. Astronomers had to wait over a thousand years for scholars in medieval Europe to independently devise the same method again.