An American Physicist In Venice

A fresh perspective on how the world views science—and scientists. 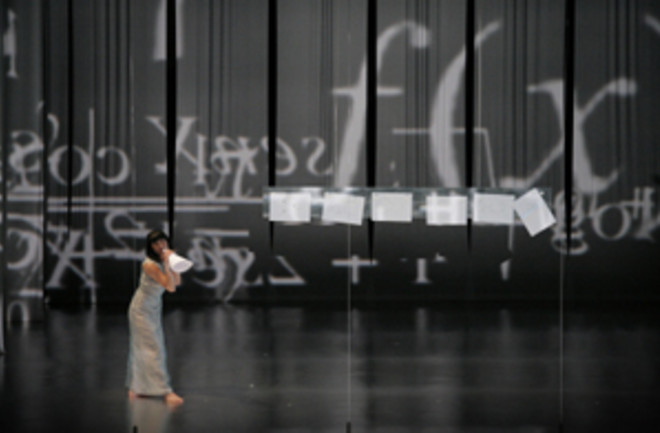 Because of my physics and cosmology research—along with the recent Italian translation of my book, Warped Passages, about the physics of extra dimensions of space—I had the good fortune last fall to visit Italy twice: September in Venice for the Second World Conference on the Future of Science and November for the Genoa Science Festival.

The first conference focused on evolution—in physics, biology, and the mind—whereas the second was a remarkable festival involving the city of Genoa, with science presentations for thousands of people throughout the city. In addition to the fun of meeting other scientists and the interested public and learning more about recent research, these conferences provided me with an intriguing opportunity to reflect on cultural attitudes. I often shy away from discussing such subjects since it’s difficult to convey the complexity of the relevant issues or to find simple solutions. But occasionally a new environment helps create a focus worthy of further reflection.

As soon as I arrived in Venice it was clear things would be a little unusual. Although I think of myself as a physicist when I’m at a conference, that is not necessarily what others see at first. On the ferry into Venice, I met the man in charge of the science department at the Vatican. He assumed I was on vacation and not particularly interesting until I told him I was the first speaker, after which we had animated exchanges about science and belief and evidence. He wasn’t the only one who didn’t think I was a scientist at first. As the conference was about to begin, the technical person ignored me but was very helpful to the person sitting next to me in the front row, even though I was about to go on stage! In fact virtually no one seemed to realize I was a scientist, including the media there. More disappointing, it didn’t even occur to anyone to ask.

Happily, after my talk about cosmology the situation completely reversed. People now knew who I was; they felt they had learned something and were eager to discuss my talk. For the few days I was there I had a marvelous time. I’m not complaining—I’m observing and questioning. Do preconceived assumptions and superficial first impressions matter?

Scenes from the 2006 Genoa Science Festival where exhibits blended art, music, sound, performance, mathematics, technology, and scientific imagery - along with a lecture from Lisa Randall. The festival appeared in venues across the city; it will return this year on October 25. | Images courtesy of Giovanni Conte

In Genoa, people knew who I was. But the fact that I was seen as different was brought home to me by the headlines and the interviews that concentrated on my being a woman doing science—still rare everywhere but extremely rare at the upper levels of science in Italy. Italian Vanity Fair published an interview with me that shows a refreshing open-mindedness to science in popular culture. But it was pretty funny when the publicity people hesitantly translated the title of the article for me: “The Beauty Is a Geek” (actually they said “genius” to be nice, but really it said “geek”). As they had anticipated, I was a little startled and a tad disturbed. Though flattering on one level, these comments are unsettling on another. I just don’t think of myself this way. Then I realized it’s precisely the point that is critical to get across. Why do we create totally separate categories—the beautiful woman and the geek man? It’s hard to believe that the expectation that these are incompatible qualities doesn’t make science less attractive for women (and many men).

The headlines were particularly jarring to me because I, like many other women doing science, try not to focus on being female. You just want to be a scientist like the others. But if this involves suppressing your personality, as these categories suggest, you might find that many women (not to mention some men) will be put off.

The other thing that struck me about both festivals was the lovely degree to which science was integrated into popular culture. In Genoa, the town actively participated in the events. The antique store I walked through to get to the magnificent room in the Ducal Palace where I gave my talk (filled with rows of seats and a small screen that contrasted delightfully with the fabulous carvings and chandelier) captured for me how I want the world to see science: as an integral part of our culture, accessible to anyone interested.

This integration is what I was trying to achieve with my book—the idea that science isn’t just a totally foreign realm. The ideas I discuss are exotic, but they’re not beyond comprehension. They’re available to everyone. We can be living in a world with extra dimensions of space that we don’t see but that might be discovered within the next five years. The fundamental objects of our universe might be infinitesimal vibrating strings, and particles might be just the oscillations of those strings. We might be living on an object called a brane inside a multidimensional universe.

I was heartened that in the media interviews following my Venice talk and my Genoa lecture, cultural discussions quickly morphed into questions about science because the interviewers were ultimately most intrigued by the science. In Genoa I almost missed my plane, we were so engaged in our physics discussions.

This world—where science isn’t a completely foreign culture and everyone who is interested can participate—is the world I want to live in. It’s why I think it’s important to develop, but also to share, fascinating ideas about modern physics.