Alert Status for Semisopochnoi in Alaska Raised to Yellow 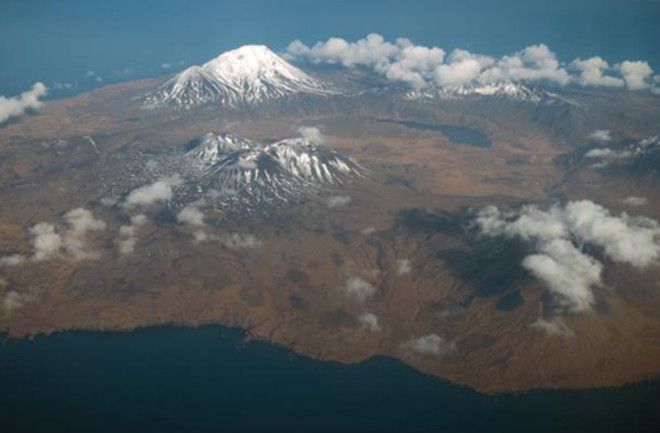 Semisopochnoi Island seen in November 2012. Image: Roger Clifford / Alaska Volcano Observatory. Brief update here this weekend on some activity in Alaska. The Alaska Volcano Observatory raised the aviation alert status of Semisopochnoi to Yellow after a new earthquake swarm (check out the webicorder) was noted at the remote volcano. No eruption has occurred, but is far from any human settlements on the very far western (eastern?) end of the Aleutian Island chain. Luckily, the Semisopochnoi is monitored with 5 seismic stations, likely due to its location under prominent trans-Pacific flight routes. The only confirmed eruptions from the complex of volcanoes were in 1987 and 1873, both of which seems to be relatively small explosive eruptions (VEI 2), with Sugarloaf and Lakeshore Cone the likely locations of the historic activity. Semisopochnoi joins four other Alaska volcanoes on heightened alert: Shishaldin and Pavlof on Orange/Watch and Cleveland and Veniaminof on Yellow/Advisory.