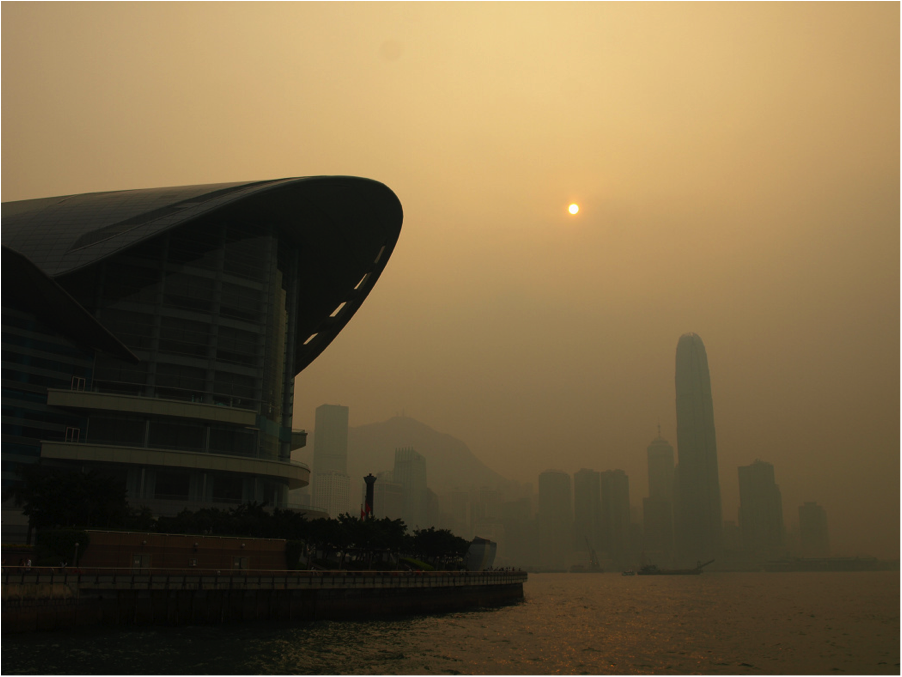 Citizen scientists are collecting environmental and health data, and reminding us of the complex relationship between our environment and ourselves. In an article published earlier this year, by Lin et al., the researchers argued that international trade plays a significant role in the distribution of air pollution. In fact, Discover's Jul/Aug print edition will feature an article about the study (see: "America Outsourced Jobs, But Not Air Pollution") reporting that exports to America account for 21% of China's air pollution related to goods made for export. Looking at the relationships between production of goods for trade and air pollutant emissions in China, and how those pollutants are globally distributed, has some interesting but perhaps unsurprising results. The United States, for example, sees pollutants from China, a country that produces more anthropogenic air pollution than any other, distributed over western states. While the United States, other western nations, and Japan have lowered emissions in the early part of the 21^st century, levels remained high as production in China increased. From these findings, Lin et al remind us to ask: who is responsible for these pollutants? With China exporting many of the goods resulting in pollutants, and western nations purchasing many of these goods, the global distribution of pollutants also has a global source. Lin et al.’s study is an important reminder that our natural environment is closely wed to our modes of production, and also to our economic and social practices. As far back as 1992 the sociologist Ulrich Beck told us that risks in modernity would be globally and inequitably distributed. Indeed, Beck suggested that these risks would be directly proportional to scarcity (an economic principle). Here we see Beck’s case illustrated. Production has been moved to a country that now faces the significant consequences of that work by an increase in air pollutants while wealthy western nations are able to lower emissions and see improved air quality. Here's how you can help. AirCasting is a platform that records and maps both health and environmental data. The platform is a project undertaken by HabitatMap, a non-profit environmental justice organization. HabitatMap began in 2006 as an effort to document the relationship between the built environment in New York City and the health of communities of people who live in those places. What is HabitatMap’s goal with AirCasting? AirCasting provides tools for citizens to engage in grassroots environmental and health monitoring. By having people participate in this project more than data collection is achieved. Indeed, the project helps illustrate the complex relationship between the environment, including built environments, and human health and well-being. Not only are participants able to reflect on their own data and experience in the environment, but also with the crowdsource map they’re able to see the broader picture of their community. Using an Android application, participants can collect, map, and share data on sound in their environment and using the AirCasting Air Monitor they can collect air quality data. Air quality data collection includes temperature, humidity, and even gas concentrations. Connecting Zephyr performance monitoring devices, the AirCasting Android app allows health-related information (heart rate, breathing rate, core temperature, etc.) to be included in the recorded, mapped, and shared data. Having AirCasting community members recording all of this information, particularly if the project can reach a global audience, will help articulate the complex relationship between our natural and built environments and our health. As well, it is likely that this kind of grassroots effort, one with grounding in environmental justice, will help remind us how pollutants are distributed locally and globally, help visualize that information against built communities, and help us understand how all of this maps onto issues of risk distribution, health impacts, and the well being of communities of people. While Beck’s vision has risk inequitably distributed, projects such as AirCasting and the grassroots motivations of HabitatMap renew some hope for equalizing forces, or at least some awareness of problems of air pollutants, built environments, and the health of communities. Connecting these complex economic and social issues with environmental issues is something citizen scientists have been participating in for decades, with this new project continuing in that tradition.

HealthModern Apartments Have More Fungi Than a Jungle Hut