The process of finding potential drugs for human diseases is being revolutionized by AI discovery engines. 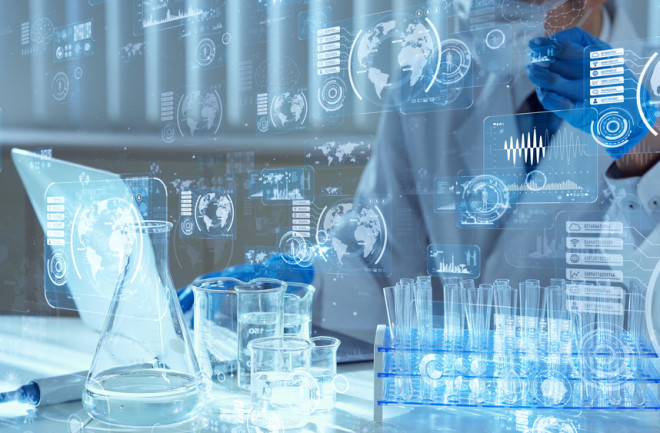 Until last year, one of the grand challenges in modern biology is to predict the 3D structure of proteins given their amino acid sequence. Then Google’s Deepmind division unveiled AlphaFold, an AI program that has essentially solved the protein folding problem. Deepmind has since used its machine to calculate the structure of all human proteins (and those from 20 other organisms), making the results openly available on the AlphaFold Protein Structure Database.

That’s exciting news not least because of its potential in drug development. A key factor in the way proteins work is their three-dimensional structure, which determines how they fit together with other proteins in the body, like jigsaw pieces. Drugs often work in a similar way, latching onto the shape of specific parts of a protein, like a key fitting a lock.

That’s why the 3D structures of all human proteins are so important—because it allows researchers to begin the process of developing drugs that can target them. Indeed, the hope is that the entire process can be done by intelligent machines.

Now a group at Insilico Medicine in Shanghai, China, have announced the development of a potential drug in exactly this way for the first time. “We rapidly identify first-in-class molecules for novel targets by combining AlphaFold-predicted protein structures with the end-to-end AI-Powered drug discovery platforms,” say Fen Ren and colleagues. “To the best of our knowledge, this work is the first demonstration of AlphaFold application in hit identification process in early drug discovery.”

The team began by choosing a disease to focus on. They picked a type of liver cancer called hepatocellular carcinoma, which currently lacks effective treatments. “The incidence rate of liver cancer is very close to its mortality rate due to very poor prognosis in all regions around the world,” say the team.

There is much data on this condition, ranging from texts that highlight relevant genes to so-called Omics data that explores the way these genes are expressed, the various signaling pathways involved, knockout and overexpression experiments and so on.

Making sense of all this is hard but well suited to AI -based approaches. Enter PandaOmics, an AI-powered discovery engine that automates the process of combining and analyzing this data and then highlighting any promising proteins it finds that could be targets for drugs.

Ren and co say this AI engine produced a list of the top 20 proteins that might be promising targets. From this list, the team selected one to study further, a protein called CDK20 involved in regulating the way a cell grows and divides. Various lines of evidence suggest that CDK20 is overexpressed in tumors associated with hepatocellular carcinoma and in other cancers.

So a molecule that could inhibit the action of CDK20 would be worth investigating further. To find such a molecule, Ren and co turned to another AI-powered engine called Chemistry42, which uses the structure of CDK20 found by AlphaFold to generate molecules that could latch on and disable it.

It does this by looking for pockets in the protein structure where another smaller molecule might fit and then designing molecules that could do the trick. I then simulates how this docking would work. In this way, Chemistry42 came up with 54 potential molecules of which Ren and co chose 7 to synthesize.

Finally, the team made and tested these molecules to see how well they bound to CDK20 in laboratory experiments. One of them, called ISM042-2-001, seems particularly promising, having an affinity for CDK20 that is similar to the affinity many natural antibodies have for their targets.

Of course, this does not make ISM042-2-001 a potential treatment for hepatocellular carcinoma, only a promising molecule for future research. Far more work needs to be done to determine the properties of ISM042-2-001 before considering it for clinical trials when a drug might be used in humans. Many molecules that initially appear promising fall by the wayside during this process.

Nevertheless, Ren and co’s approach dramatically accelerates the process of finding promising molecules in the first place. In this case, the entire process took only 30 days, for a disease that has been known for decades.

That makes it interesting work with significant potential. Ren can co say they will continue to look for, and test, other molecules that could inhibit CDK20. They are also looking at other targets.

All this is made possible by the AlphaFold breakthrough which is clearly it is triggering a step change in the way early drug discovery works. Expect to see some significant progress.