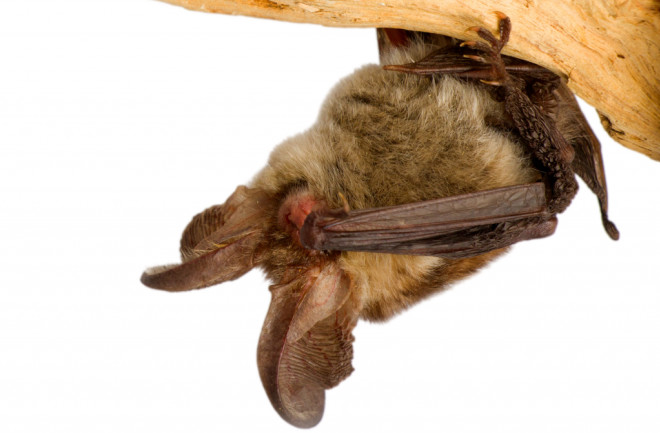 *FACEPALM* (Photo by Maksimilian) Many know Neil deGrasse Tyson for his pithy, humorous science tweets, which are a part of his greater science communication strategy. As of late, though, scientists have become quite vexed with NDT's 140-character stylings, as he's been foraying outside his planetary expertise and into biological phenomena, getting the facts wrong every time. First, there was his mistaken evaluation of evolutionary drivers and how sex works, excellently torn apart by Emily Willingham (a Ph.D. scientist whom Tyson then condescendingly called "a woman who has a blog", prompting some to suggest he be referred to as just a "man with a twitter"). Then came his misunderstanding of genetics and deleterious alleles, which was ripped apart by Jeremy Yoder (another Ph.D. scientist). Now, he's stepped in guano again with this tweet related to this weekend's powerhouse movie release:

Alas, the phrase "blind as a bat" is simply wrong. Let me explain why:

Many bats are active at night and use a sonar-like sense (echolocation) to find their prey, which is probably where the myth that they are blind came from. But all 1,100 bat species can see just fine, and in many cases, their vision is quite good. Some of the fruit-loving megabats

, referred to as flying foxes, don't fit the usual bat stereotype. For one, they don't do as much insect hunting, preferring nectar, pollen and fruit. They're also crepuscular, which means they are active at dawn and dusk, rather than being night-loving nocturnal species. And unlike their smaller cousins, they have large, well-developed eyes, which they use nearly exclusively, as most in this lineage have lost their ability to use sound to hunt. Those eyes don't just see, they see well. According to Australian expert Martin Cohen

, the vision of some large flying foxes is

20 times better than ours^*

"I'm keeping my eyes on you, Neil." (Photo by Andrew Burgess) And it's not just the megabats that use their sight—their littler relatives, the microbats, can see, too. A 2009 study in Proceedings of the National Academy of Sciences

"suggest a functional role of vision...despite being nocturnal and using echolocation," stating that night-flying bats "may be able to use visual cues to orientate, navigate and forage at night, to discriminate color under moonlight and starlight conditions, or to avoid predation by diurnal raptors." And another 2009 study, published in PLoS ONE

, looked carefully at the eyes of two nocturnal, echolocating bat species, and found that they "have the prerequisites for daylight vision, dichromatic color vision, and UV vision." Rather than rely entirely on their hearing, a fascinating study published in Frontiers in Physiology in 2013

showed that even nocturnal microbats likely use a combination of vision and echolocation to "see." The scientists from Tel Aviv University studied two bat species which, like many bats, awaken and begin to hunt just after the sun goes down. By glueing special recorders to bats, they were able to determine that the bats use echolocation regardless of light levels, dismissing the notion that they switch to sound as darkness sets in. Instead, they use it all the time, because it's better at detecting small, moving objects. “Imagine driving down the highway: Everything is clear in the distance, but objects are a blur when you pass them,” lead author Arjan Boonman told Popular Science

. “Echolocation gives bats the unique ability to home in on small objects–mostly insects–while flying at high speeds.” Their eyes, on the other hand, are key for general orientation. "We find that echolocation is better than vision for detecting small insects even in intermediate light levels," write the authors, "while vision is advantageous for monitoring far-away landscape elements in both species." As a 2003 doctoral thesis from Göteborg University explained

, sonar is best for short-range targeting, like hunting insects, while true vision is better for detecting landmarks and avoiding objects when traveling over large distances. And when bats are performing large movements like migrating, "there seems to be precedence of vision over sonar," Johan Eklöf writes. Even at smaller scales, bats may use visual cues as well as sonar and spatial memory to orient themselves. "Although echolocation is the key innovation that have made it possible for bats to fly at night, vision is retained as an important complement; and indeed bats use an array of different sensory inputs to solve the different tasks of life."

In a very un-batlike manner, it seems that Neil deGrasse Tyson is the one who is blind. He simply doesn't seem to be able to see when he's making a mistake.

As a budding bat ecologist I am downright offended by this tweet, @neiltyson. We work in science to dispel myths and stereotypes. — Ben Golas, VMD (@VetOfTheWild) March 25, 2016

Bats are fascinating animals. They are amazingly successful, comprising a staggering one-fifth (20%) of all mammal species on Earth. They have bizarre, kinky sex lives

. And in the U.S., many species are threatened by White-Nose Syndrome

, an emerging infectious disease which has contributed to population declines of nearly 80% in the past decade. Don't trivialize them by restating myths about their biology, Neil. Living organisms deserve the same respect you afford to astronomical bodies

. Perhaps the blindness of bats might seem like a small falsehood to perpetuate, but it undermines NDT's overall credibility, including his commentary on far more important issues

. And because NDT is one of the few scientists with such a massive following, it undermines the credibility of scientists everywhere and science as a whole.

@hormiga What bothers me is that it doesn't matter. Leaving people out of the joke is not #SciComm. It's the opposite.

@TrevorABranch@SFriedScientist@neiltyson Tell his five million followers that this is an inside joke between scientists. — David Steen, Ph.D. (@AlongsideWild) March 25, 2016

When someone with the prominence and authority of Neil deGrasse Tyson tweets an inaccurate statement about bat biology, he doesn't just do the animals a disservice; he misleads his sizable audience, many of whom don't know that what he's saying is wrong. As a human, he's of course allowed to have shortcomings—no one, not even scientists with over five million twitter followers, can know everything. But we expect scientists to recognize when they don't know something, and to critically evaluate popular conceptions to determine whether or not they are true. And when, inevitably, a scientist gets something wrong, they should be willing and able to reevaluate and correct the misinformation. Yet, in response to the previous critiques about his biologyFAILs, Neil has failed to admit he's been wrong, preferring to double-down and move goal posts

to make it seem as if he's all-knowing. That's not how a good scientist should react to critique, and as one of, if not the most prominent face of science, Neil needs to do better. And for those of you who are comic aficionados: Yes, he's also wrong about Batman wanting to be a bat. We biologists hear you.

@neiltyson He doesn't want to be a bat, Neil. He's concurring his fear of bats. He portrays a bat bc it is what he finds most terrifying. — Jennie Brand (@jenniebrand) March 25, 2016

*Rob Mies, executive director of the Michigan-based Organization for Bat Conservation, says bat vision is three times better than ours (it's unclear how either arrived at those numbers). Point is, the big flying foxes see better than we do, and are anything but blind.