Activist Tries to Glue Self to English Prime Minister

A member of Plane Stupid, an English group that advocates for less flying, tried to glue himself to PM Gordon Brown yesterday. According to Plane Stupid's web site, he was spectacularly successful in driving home his point about Brown's aviation policies. 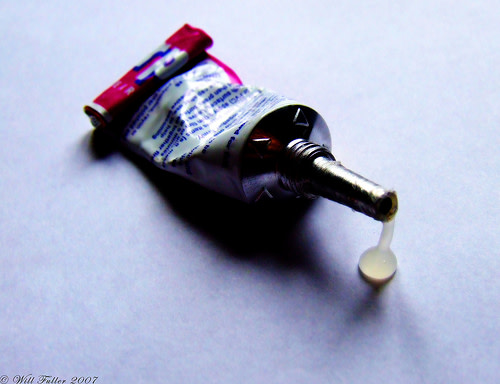 It appears Brown laughed off the incident after the glue stopped working, instead of saying, "That is the most homosocial form of environmental protest I have ever seen." I kind of wonder if MI5, or whatever the PM's security force is, saw what was about to happen and was just like, "This is this guy's whole life, you know? Let's just let him do it." The reason this kind of thing is dumb is that enviros have to prove to the general public that they're not childlike privileged people who want to play in fields. They need to show they're enviros in part because they're concerned about the potential effects of catastrophic ecological developments on the economy and the state's ability to maintain order. Playful attempts at the obstruction of government work are way too Vietnam.

Can Crystals Cure You? Belief in the Power of Healing Stones Is Almost as Old as Time

MindCan Crystals Cure You? Belief in the Power of Healing Stones Is Almost as Old as Time